An alien ship has landed in the city releasing hordes of invaders.
Duke must get into the ship, destroy it, and get out safely. Mainly set in an urban environment, the objective is to seek out switches spread throughout the town which unlock the enemy's craft.
A non-linear exploration piece, there are many buildings that can be unlocked using the same colored key, so there is no set order in which to tackle the level.
All the blue keys are acquired by clicking on marked doors which will spawn said key. The only difficulty in navigating the map comes with finding the door which provides first key. Once inside the space craft, movement becomes linear, so locating the control room to set off the destruct button and getting out is fairly easy, the challenge comes from the prolific enemy resistance guarding the corridors and rooms.

The environment from start to finish is incredible; indoor areas are crisp and clean, old run down locations are rough and haggard looking, destroyed buildings around the space ship are burning and crumbling, and the interior of the craft is very high-tech alien-esque. All this is pulled off with some very articulate sprite work, detailing, and trimming.
Architecture and shading are very prominent, and the texture selection is distinct and serves its proper purpose.

Game play can be challenging, but not frustrating.
The initial encounter with the swarms of aliens in the street, when Duke is still lightly armed, can make life a little difficult, but there are plenty of healthkits and atomics lying around to help you through.
Little stashes of weapons and ammunition are spread strategically throughout the map providing Duke with some decent firepower.
Some of the more powerful weapons are well hidden to keep the game balanced, unless you happen to come across those secret areas, then enemy resistance is futile until you carelessly walk into an ambush. 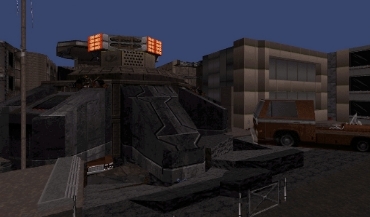 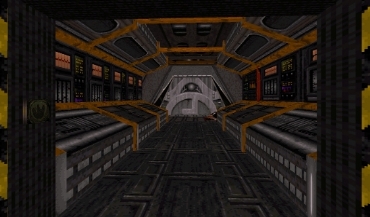 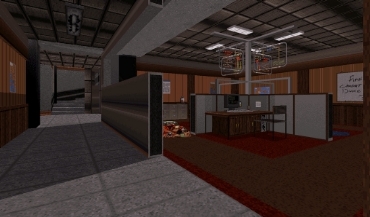 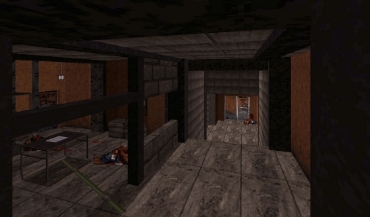 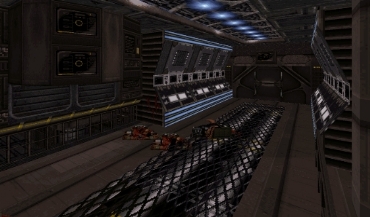 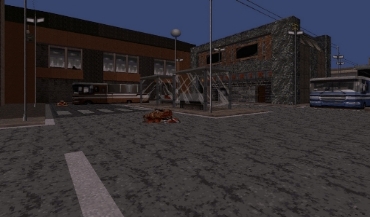