A city map with a pretty creative layout.
The objective is to collect a few keys to lower the exit button down to where it can be reached. While there's nothing incredibly new about the parking garage, shops, apartments, club, and other locations, they're well designed and constructed.
There are a few locations that are slightly over crowded and the shading is weak through most of the map, but this is somewhat offset by the texturing and detailing.

A steady flow of enemies keeps the action constant.
The weapon selection is large, but the available ammo for each is limited, so this encourages the use of most of the arsenal.
Health is a bit on the limited side and if you're too careless you may have to spend a bit of time tanking up at a fire hydrant or sucking toilet water.
The only hesitation in the map was caused after clearing out the small club with the only exit being the balcony.
The player must skydive off into one of the pools of water in the plaza to the right. 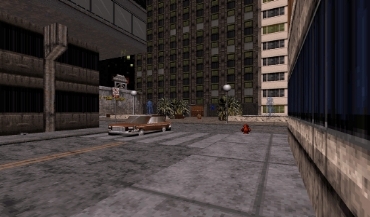 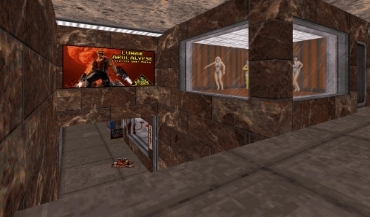 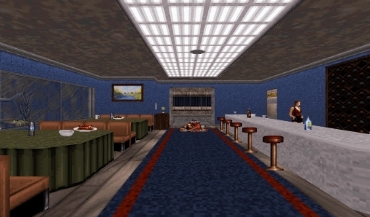 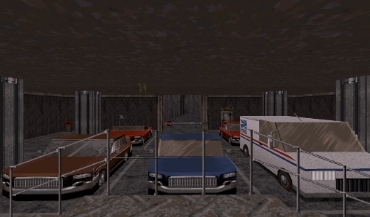 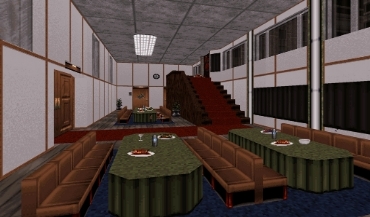 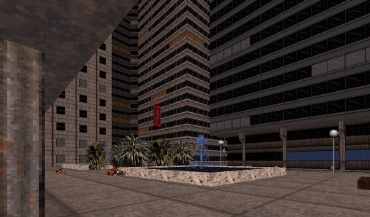