A combination EDF base styled map coupled with a temple.
The player starts out in a high tech facility, must find a couple key cards, and then make their way to a stone and wood edifice.
The level is basic in construction and design. Most of it is pretty blocky, but a few areas have nice trimwork and a fair amount of detailing.
There are also several locations that are just sloppy with messed up texturing, barely enough room to open a door without getting squished, bad sector work causing visual clipping issues and player squishing incidents, and in general there's minimal amounts of shading in several areas.

The map is short but can be a bit confusing.
The keys are locked behind wall panels that really don't appear to be openable, and when the switch is thrown the player has to figure out what unlocked. There are also a couple of elevators that pretty much look like nothing but small rooms.
A little more polish and some clues or view screens would have gone a long way to improve the player's experience. 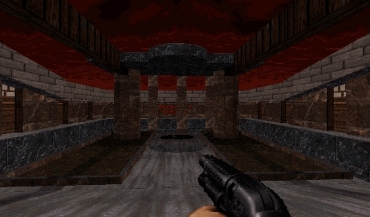 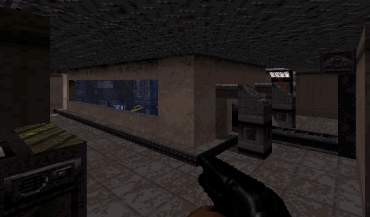 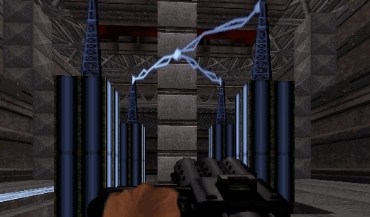 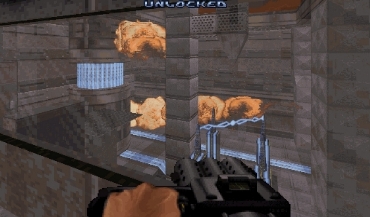 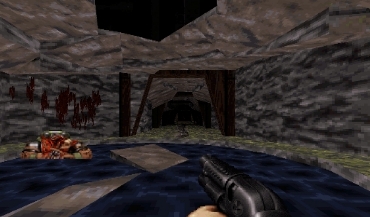