As the title implies, this is a small industrial park in ruins.
Everything is crumbling or has already collapsed. Broken up floors, holes in walls, chunks of structures littering the walkways, and everything in a state of rusting decay and lit by a grey din.
The playable portion of the map is wedged between a chasm and some cliff faces and building walls.
The layout is wide open for exploration and the player can go anywhere. Navigating around isn't too difficult, but some locations require jumping from the floor of one building through the window of an adjacent structure to get to areas which can't otherwise be reached.

Game play consists of seeking out the three key cards which are spread around the level and setting off an explosion to get to the end.
Survival is the key as the map is loaded with sentry drones and only enough ammo to eliminate a portion of them.
There's enough health spread around to be able to take several hits, but not enough to take them all on, and it has to be found before it's too late.
The key to this map is being able to find the resources quickly. 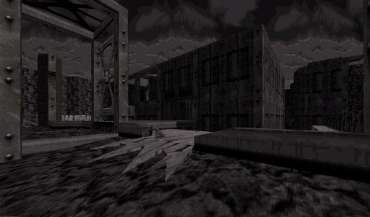 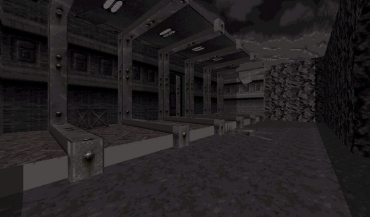 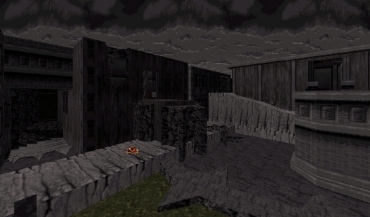 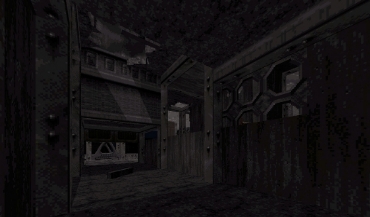 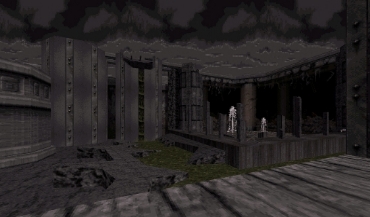 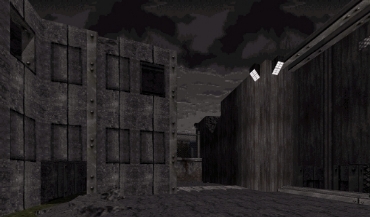