The aliens have crash landed next to a town and move in to take over. The local populace builds walls around town to keep the aliens out but it's too late to stop them.
You must make your way through town and eliminate the alien threat.

A medium sized town map with a basic layout and some teleporter pads that move you to different sectors.
Shading is well done as well as texturing and detailing. Sprite work is well placed and not over crowded.
There's some nice architecture such as the skate park.
The ambiance is of a spooky abandoned town and is maintained with predetermined visual and audio sequences and game play takes place during dusk so every thing is nice and dark.
There's plenty of depth added to the map with the houses and sprite work done beyond the boundary barriers.

Game play is fairly easy. The object is to find a key, enter an area to throw a switch or button, get the next key and move on.
The puzzles are simple and straight forward, mainly to find a switch that opens a door or passageway.
The main enemy are newbeasts (Protector Drones) and octabrains. There's also a mini-queen squirting out mini-newbeasts. Most enemy encounters involve from one to three aliens at the most (except the mini-queen and her spawn) and they're nicely placed in strategic locations.
You start with no weapons and must make your way through town while avoiding a mini-overlord. The weapons available are the shot gun, machine gun and RPG (pipe bombs are found too but they're for solving a puzzle). There's more than enough ammo for each.
Health is also found in over abundance in addition to the many fire hydrants found throughout the map.

At the end of the map I killed the mini-queen and all her little dronies and then couldn't figure out what I was supposed to do next.
I wondered around for a bit, used dnshowmap, and clipped about for awhile before I gave up and quit the game.
This map looks great but I got lost at the end.

EDIT: Because I was using Duke Plus (I'll up the gameplay 3 point to compensate for my ignorance) 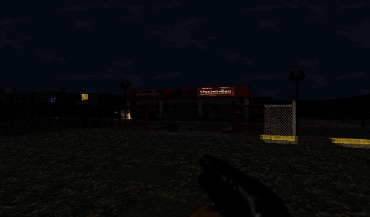 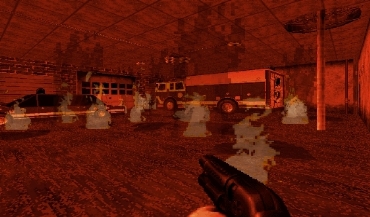 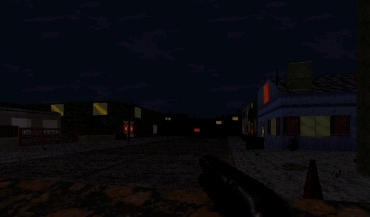 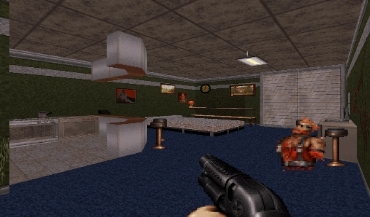 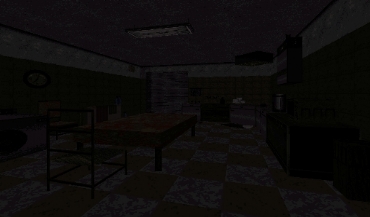 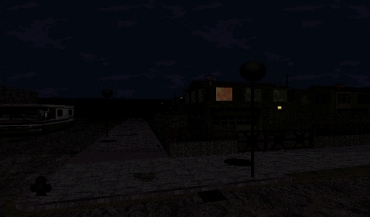