A snow bound airbase.
The level consists mostly of indoor military styled bases and quonset huts, and outdoor drift covered ice fields and outpost styled camps.
The author said the map was buggy and he wasn't lying. It's hard to stay on track because of many one sided blocking walls allowing the player to get to where they're not supposed to and into the background scenery as well. There's also several weird loose sprites sprinkled around that probably served as place holders during construction and were never removed.
The highlight of the map is the nice dark frozen outdoor atmosphere and some fairly neat architectural constructions. If anything the map is worth a look just for that.

Gameplay is supposedly a key card hunt. Don't know if the yellow lock serves a purpose, never located it to see what it's supposed to do. Did find the blue lock and its corresponding key, but don't really know what purpose it served since the level could be finished without using it.
Combat is slightly unbalanced in the favor of the enemies. Health is scattered around in small doses, the weaponry is pretty limited, and there's a severe shortage of ammunition for all the guns. Couple that with being able to get off track easily and it could spell disaster. 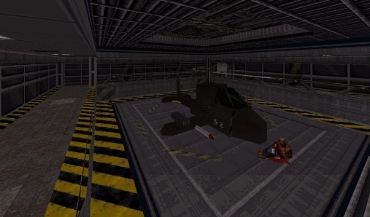 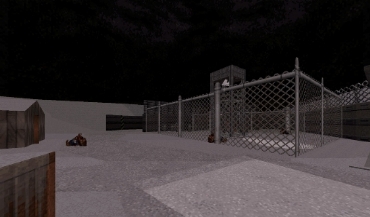 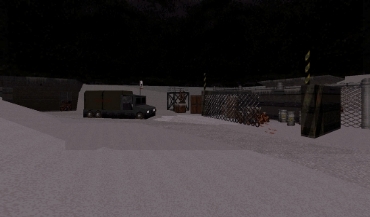 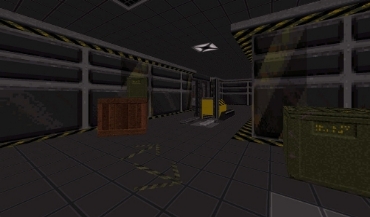