A missile base facility map made for and abandoned James Bond styled TC.
Most of the level takes place in outdoor storage lots with a few indoor garages and corridors given to complete the military base look.
Design is can be spotty in some locations. Sector work, shading, detailing, and trimming fluctuate from pretty good to very minimal from area to area. There are alot of sprite work constructions, but also alot of clipping issues. Also there are several instances of sectors clipping and a few spots where the player can get stuck or squished.
The layout is linear and this is pretty much a move from point A to point B type of navigation.

Game play consists of finding a couple key cards, and due to the floor plan, it's a pretty simple exercise. Duke is provided with some pretty heavy artillery right away, but ammunition is very restricted for all the weapons, so the player may find themselves fighting weak monsters with big guns.
Aliens are spread throughout the map in clusters of mixed types, and with all the turrets spread around, it can be a challenge if you rush headlong into them.
Health is also located at the junctures with the fire fight locations so keeping up a high level of hit points isn't difficult. 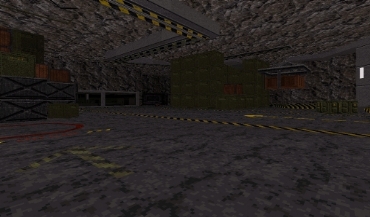 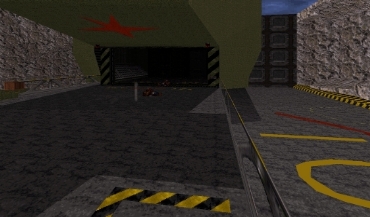 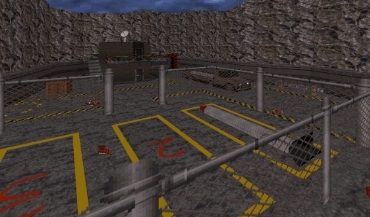 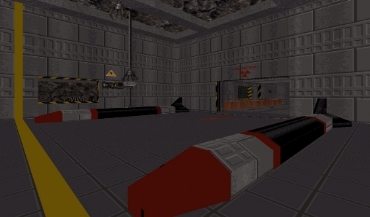 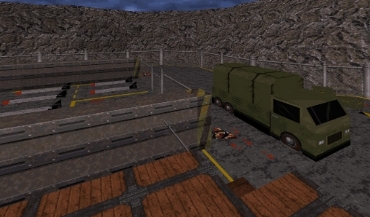 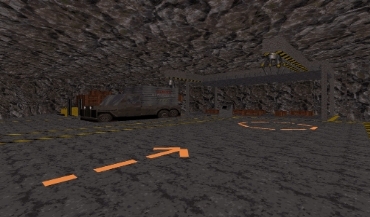