An office building styled map.
Generally it consists of plain large stairwells and corridors with oversized doors, but there are a couple well detailed rooms that give the level some semblance of ambiance.
The objective is to search the three floors of the building to find keys which allow the player access to the helicopter pad through the parking garage.
The layout has a few interconnecting loops, but is hardly confusing.
There aren't that many aliens, but there also isn't very much ammunition or health. Just avoid the booby trap at the beginning and hope for a few ammo drops from the killed enemies and everything should be fine. 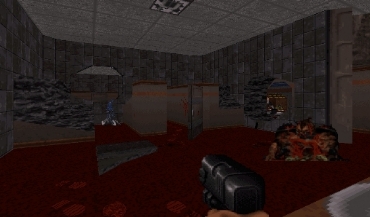 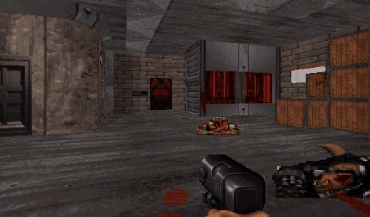 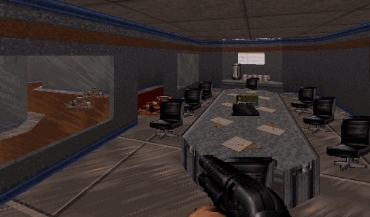