An industrial styled map.
The majority of the level takes place in a desalinization plant that consists mostly of offices, control rooms, warehouses, a loading dock, and water processing pools.
To get inside Duke has to crawl through a series of old sewer tunnels.
While pretty typical in texturing and architecture for waste water conduits, the shading does help give it some depth and there are several optional side paths that reward the player for taking the time to explore.
Once inside the main facility itself the shading remains pretty strong but the texturing is a bit off in places. Some areas have the same texturing for floor, wall and ceiling and instead of an industrial appearance some of the office textures leak out into the processing factory and warehouse locations.
Trimming and detailing can be hit or miss as well. Some areas look good while others look flat.
The layout continues to be open which allows the player to move about freely and the optional side areas with rewards and helpful stashes continues to make appearances.
Leaving the facility the player passes through a small park and out into the streets which eventually lead into a Venice like canal system with water flowing between the walls of buildings.
The layout gets more linear at this point with only a few side paths that are mainly required to explore in order to complete the level.
The streets are a staging ground for a small battle while the player figures out which alleyway leads towards the exit.
Once down at the canal system there's a few clubs and bars to explore then it's on to the finish line.

Game play is mainly a key card hunt.
The map floor plan being so open it's fairly easy to pass right by an area with a lock or a key and not even realize it's there until there's nowhere else to go except back.
It's not too confusing to keep track of all the doors, hallways, and passages that are passed by while exploring since a good portion of them all lead to the same area or are just short dead ends with goodies as rewards.
There are some puzzles that can throw a player off for a bit. Most are self-explanatory like being given a pipebomb right before an impassible elevator grating, or messages and colored wall decorations near off-shaded walls.
Some are basically stumbled into like non-blocking one sided walls or doors disguised as walls. There are tell-tale clues so they're not unfair, but it may cause a pause while figuring out "now what"?
Combat is challenging, but fair. There's a good spread of aliens and types of baddies encountered so combat is pretty fresh and evenly paced throughout.
The challenge comes from some of the scenarios that set the player up for failure. There are a couple of instances of walking around a corner and stepping straight into a tripmine trap. There are also a handful of ambushes setup from behind masked walls. While these seem rather a cheap way to take down a player this is offset by the plentiful amounts of health and a decent arsenal.
Just about every weapon is provided if the player takes the time to look into all the nooks and crannies of the map, but ammo isn't supplied in ridiculous amounts so the heavier stuff is limited in its use.
The biggest downside to game play in this level is after going through all that exploring and all those fire fights, the minimal resistance at the end of the map seems rather anti-climactic. 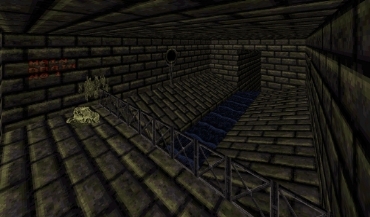 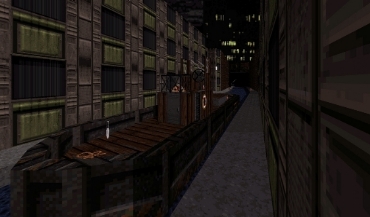 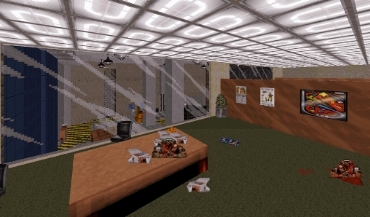 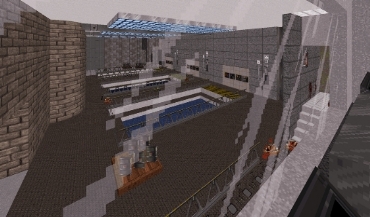 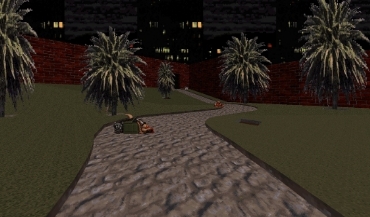 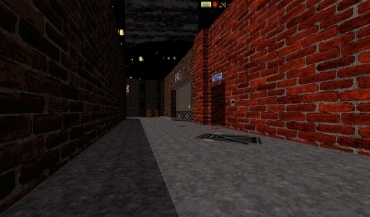