One of the earliest released user made maps for DN3D it is.
A level set around an Egyptian pyramid. Explore the surroundings of the pyramid before entering it's huge amount of hallways, stairs and chambers. Locate the three mandatory keycards and find the slots. The quest will lead you to the alien boss and the nuke-button.
Design isn't bad but appears pretty squared and with low detailing.
The author have put some effort into lighting and shading so the map looks a bit better even with low detailing.
All weapons are to be found and Duke never runs out of anything. 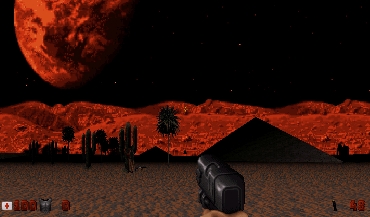 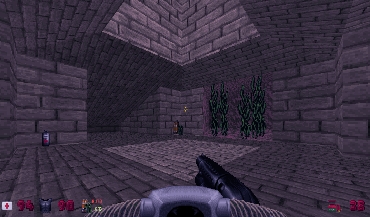 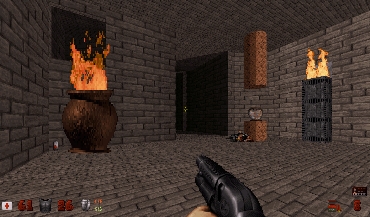 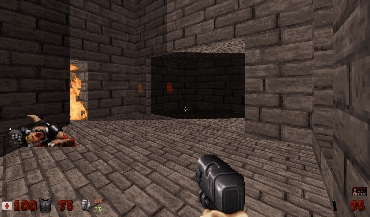 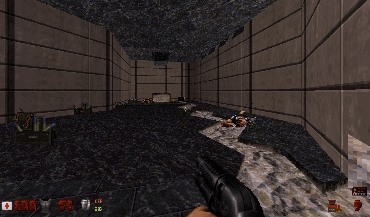 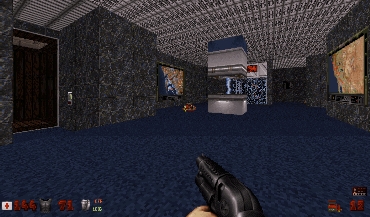