A short city map with a street section, a sewer, and a nightclub.
Though a bit under-detailed and lacking in trimming in several portions, it still has quite strong shading and proper texturing. Ambiance wise the scenery changes quickly and frequently and there's just enough stuff blowing up to keep the environment from feeling too static.
The layout has the open street section at the beginning then pipes the player through a loop that ends up emerging at a different spot than what was departed from.

Game play is card based.
The first key takes a little exploring to find and the second key is revealed after making the sewer circuit. Nothing too difficult in itself except for the constant barrage of alien combatants. This is the challenge of the level; the street and alley sections are packed with enemy forces when Duke is only lightly armed and there are almost no healing items anywhere. Once a few weapons are added to the arsenal it gets a little easier to kill off the aliens quickly, but the health boosts are still pretty rare. 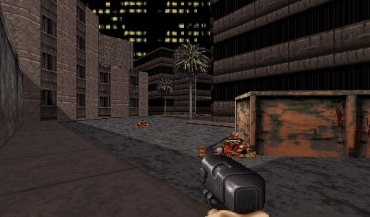 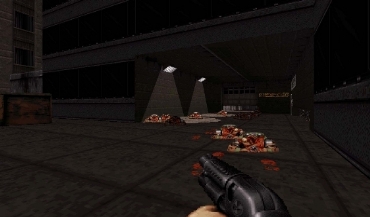 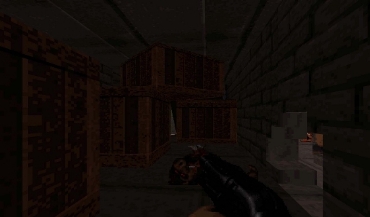 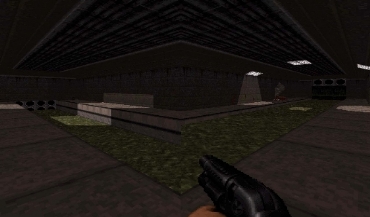 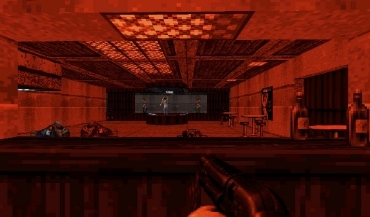