A flying saucer that has landed in a valley.
The level is pretty small and consists of the valley with its caves and terraces, an underwater section with what looks like a half sunk piece of spacecraft, and the interior of the saucer itself.
The outdoor and exterior locations are where the map shines with its nice attention to detailing, shading, and architecture.
With an old half-crushed wooden building it almost gives it a ghost town and lonely farm feel to it.
The interiors of the crafts on the other hand are rather dull and plain and don't feel very high-tech at all. More like climbing around inside a shipping container.
The layout is wide open for exploring and moving about. The player can spelunk around in the extensive cave system, enter the saucer, go underwater, or just wander the valley floor.
About the only linear section is the sunken craft where the player is required to navigate a series of partially submerged shafts and rooms in order to get a key. Even then this path loops back to an earlier section of the ship so backtracking is minimal.

Game play consists of surviving to collect keys and use them.
This map is packed with aliens from start to finish. They're well placed and most engagement consists of fighting off about half a dozen of them at a time; unless the player decides to run around like crazy.
Just about everything the player does and everywhere they go causes a small group of respawns to pop up and join the fight. It can get pretty hectic at times with the enemy closing in from multiple directions.
Good thing there's a large dose of weapons and supplies sprinkled generously throughout and tucked away in small stashes.
It's alot of constant fire fights, but Duke is equipped to handle it with a bit of exploring and collecting. 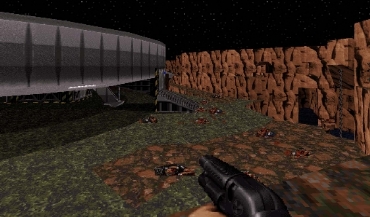 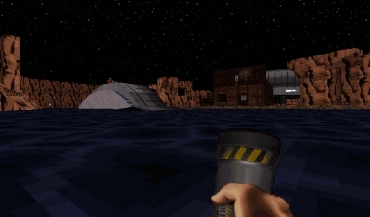 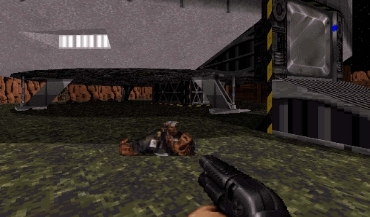 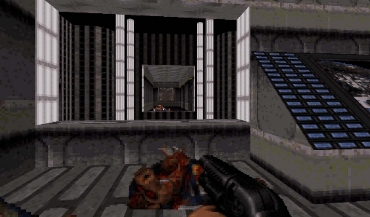 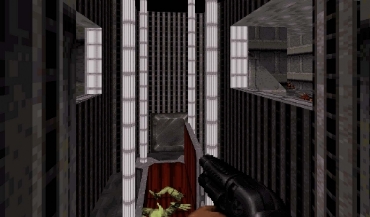 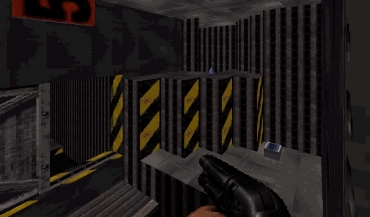