A medieval castle structure located on a lunar surface.
Duke crash lands on a moon and must infiltrate the fortress of his nemesis. Typical locations include a gate house, a couple of courtyards, a dungeon, a few underwater tunnels, and a series of rooms and causeways.
There is also a reactor room which isn't normally found in a castle, but the thing is located on a moon so it's not like it can hook into neighborhood power grid.
The layout is basically linear, but is set up in a series of loops where the path taken usually ends up close to where it started.

Game play is a key card hunt.
The keys themselves aren't difficult to find, but there's usually a puzzle to solve to either get them or get to the path where it's located. None of the puzzles are very complex, but the setup and operation can be rather interesting.
Combat is fairly well balanced with the weapons and supplies ratio just outclassing the aliens. Of course finding the secret stashes tips the scale heavily in favor of the player, but that's why they're secret. 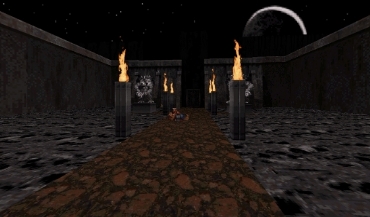 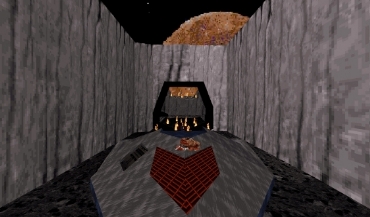 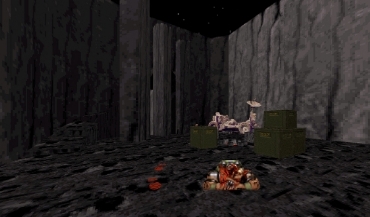 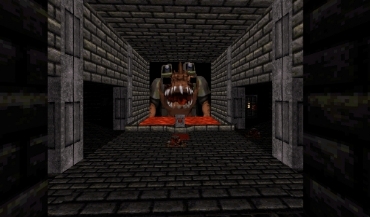 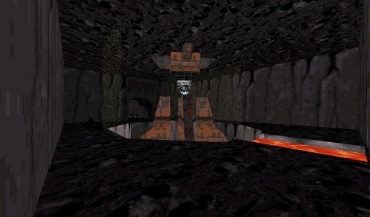 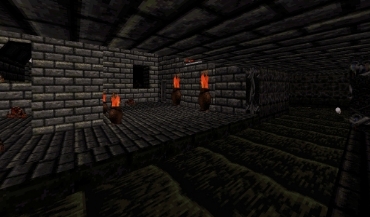