"School" is a huge one-floor map, pathed classically by locked doors and switches, animated by a lot of enemies and enough weapons to deal with them.
Even with the noticeable lack of shading (no lights...) and only rectangular corridors, the level remains pretty funny with a nice "kill-a-ton" gameplay and a very good ratio of ammo\alien\health.
But the greatest surprises are the awesome spritework (very good for a first release) and good humor even if they are the only interesting thing in rooms that otherwise suffer from poor architecture. Why the author didn't enable the coop mode remains a mystery to me... 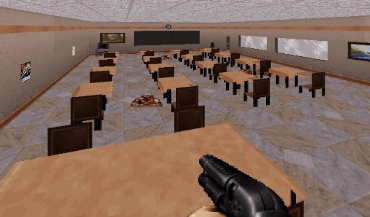 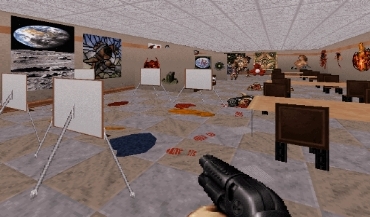 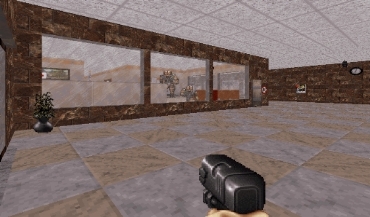