A space station styled map made up of small rooms and narrow corridors.
The level consists of a linear series of hallways connecting to mostly small control rooms and a few other sections like a prison block, bar, a toxic waste tank, and a storage warehouse.
While the layout is fine the rest of the construction is sporadic at best. There are weird texture choices for a space station, misaligned textures all over the place, and conveyor belt textures going every which direction. There are issues with the conveyor belt aside from sloppy directional textures; it causes sprites to float in the air, and the blue key gets stuck in the unreachable part of the conveyor unless you go to the end of the belt on the top side, crouch, and look into the gap down at the lower section of the belt. This seems to make the key drop onto the belt and start moving.
Shading inconstantly fluctuates dramatically from very weak or non-existent, to strong and prominent, but there seems to be no set formula as to why similar locations have different shadows.
Along with the odd texturing, some of the sprites used seem rather randomly selected as well, and quite a few are oversized.
Architecture is also hit and miss. Some areas are put together well, while other locations are either barren, or under sized and inhibit movement.
There are also bad sector alignments; such as the roof levels in the outdoor section.

Game play consists of throwing switches, pushing buttons, and figuring out what just opened so Duke can get a key and progress to the next section.
Sometimes it's easy since the door is nearby, sometimes it's annoying because the switch is hidden or it's not obvious what just unlocked, and there are very few clues or view screens to help the player along.
Enemy engagement for the first half of the map is pretty challenging.
A good portion of the combat takes place in narrow corridors against large clusters of aliens which makes it difficult in avoiding getting shot up.
Enhancing the difficulty during the first half of the map is the issue that there is very little health and most ammunition is collected from dead enemies. 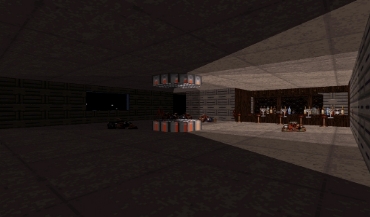 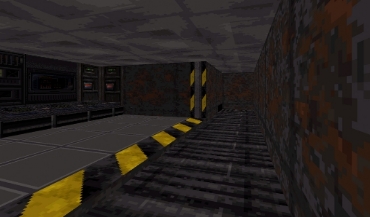 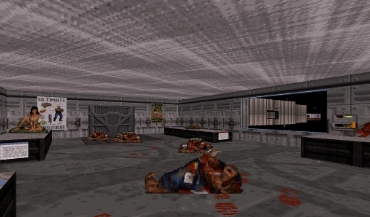 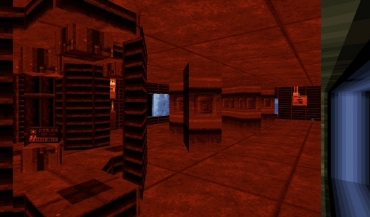 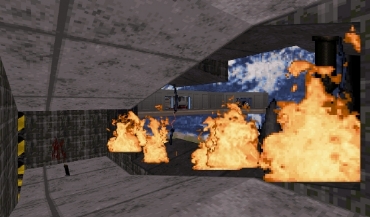 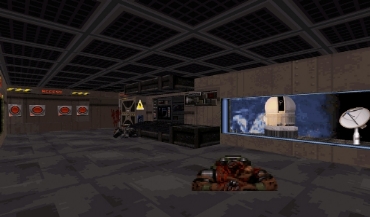