A city styled map.
It's mostly comprised of apartment and hotel type indoor sections and a couple street areas used for interconnectivity. Aside from some oversizing issues and being a little short on trimming in a few areas it's quite well put together and decently detailed. Lighting and shading are well done and it has nice texture combinations, but the ambiance does have an empty feel to it due to the lack of sounds and the cookie-cutter method used to make the hotel rooms.
The floorplan is pretty wide open and the player can get into different sections of the buildings through multiple paths via either a window off the street, a hallway, or by ventilation shaft.

Gameplay is mostly about survival.
Duke is under attack right away and it continues pretty much constantly until the one key and lock goal can be achieved.
The most dangerous time is of course right at the beginning when the player is barely armed and there is a horde of enemies bearing down on the start position. Once that initial engagement is surpassed the map basically becomes a cake walk due to the amount of artillery and atomic health scattered everywhere. 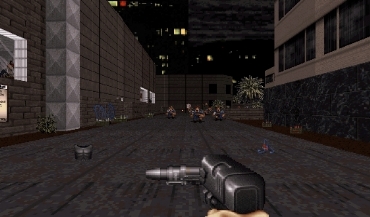 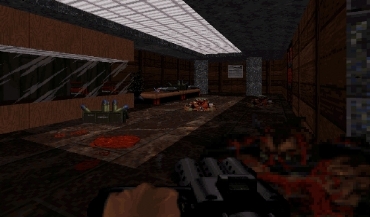 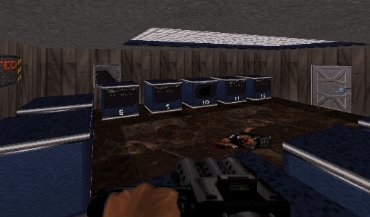 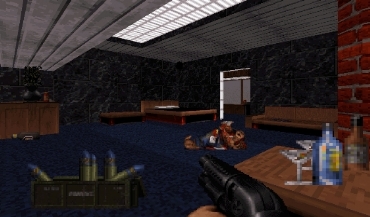 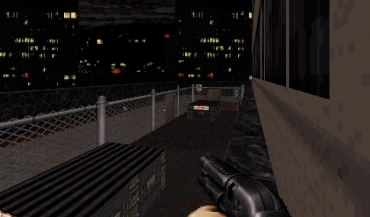