A water treatment styled facility overrun by aliens.
Initially the map starts out promising with nice structuring, detailing, and trimwork, but then the level degrades into a series of plain, over long corridors, sluices, and underwater shafts. The map could have been better if some of those halls and tunnels were tightened up and the level made more compact.
Navigating down extended empty corridors kills the ambiance and momentum of the game.
There are also some nasty construction bugs; some walls and several underwater sections will squish the player. Stay in the middle of corridors and take care to emerge from pools as close to the center as possible.
Initially the layout is linear with an occasional puzzle intersecting the path of progression. Eventually the collection of short hallways and underwater channels are reached and the map turns into a maze when doors start to get opened connecting all the halls and new underwater tunnels are exposed.

Game play is mostly throwing a switch and then figuring out what new passage has opened.
Some are nearby, some not, a few are labeled, but there are no viewscreens to help out so the player is left to their own devices to explore around until it's discovered.
The overall goal, aside from surviving, is to find a keycard which unlocks the exit. Survival is pretty tough due to the lack of supplies. Mainly the rarity of healing items causes the most grief.
The map is loaded with turrets, hazardous environments, and sudden explosions which really chip away at the hit points. The enemies are usually stacked in rooms and this exasperates the situation when getting swarmed by aliens.
Weaponry and ammo are also very limited until near the end which extends out combat and increases the chance to take damage. Pretty challenging and when combined with the squish bugs; save often. 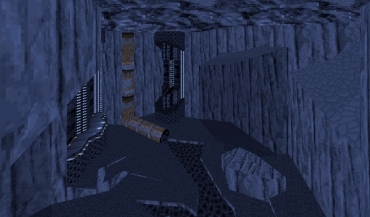 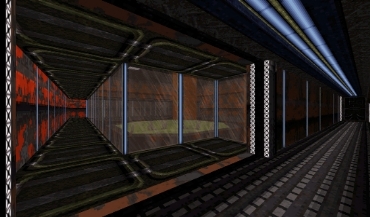 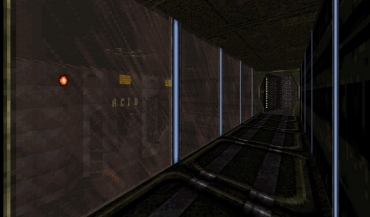 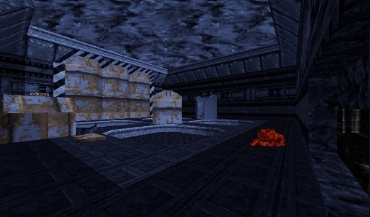