A processing plant styled map. Aside from the sewer tunnels and underwater sections that are typical of this style of map there are also several control rooms, a few natural rock caverns, and a street area. The primary atmosphere is more industrial than the usual claustrophobic maze of water filled brick passageways. The layout is mostly linear with a few instances of having to double back short distances to a previous location when a new door opens. Level design provides plenty of variation in the theme from one location to the next to keep it from getting dull, and most locations are open enough to avoid the feeling of being cramped.

Game play is mainly buttons and puzzles. There is a key to be found, but it's placed along the way to the lock. The downside of this map is that there are several hidden or unobvious passages that are necessary to locate in order to progress. The most obvious of these requires the player to jump from a platform in a gap between two rotating sectors to reach a room. A couple of the others may stump the player for a bit like the room with several vent passages to choose from; only one has a wall that can be kicked through. Another is a hidden room that holds a jet pack which is required to fly up a hole in the ceiling of a nearby room. The map exit is also a bit hidden, but it's obvious that it has to be in a certain area. Combat is fairly evenly matched as far as fire power is concerned, but there's a severe drought on healing paks until the end of the map is reached. 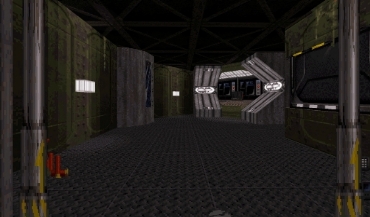 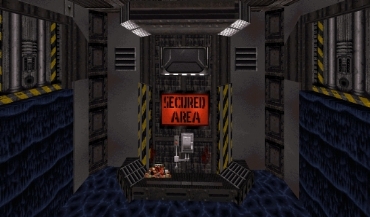 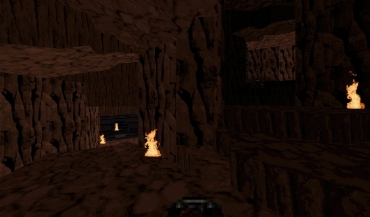 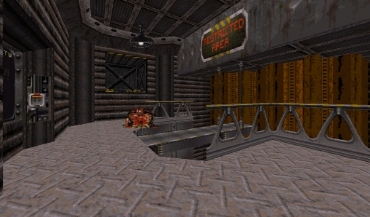 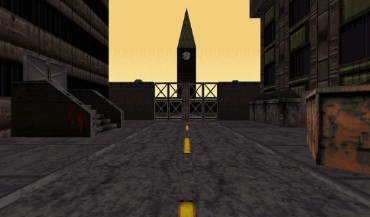 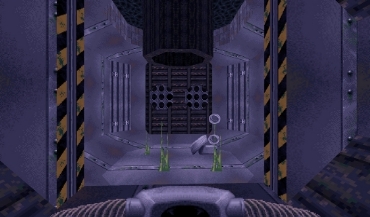