The aliens have overrun the EDF recreational space station and it's up to Duke to steal back their karaoke machine and make good his escape.
To do this he must make his way to one end of the map, find the keys, then make his way to the other end of the map and unlock the escape shuttle.
A medium sized map made up mainly of corridors and small to large sized rooms. In typical space station style there are vents, control rooms, crew quarters, and latrines.
There are also a couple of rest and relaxation amenities such as the large swimming pool and a bar (sometimes it pays to be a space marine when you aren't fodder for the enemy).
Texturing and layout are on par with most maps of this style, the shading is strong, and there are some lighting effects as well, to add to the ambiance.
Strong trimwork and detailing helps keep the scenery from getting dull and redundant.

Gameplay is difficult for the first half; the weapon selection is limited, there's almost no ammunition or health available, and it's almost impossible to avoid constant fire fights and getting caught in a crossfire.
Even though a few more weapons can be acquired and the supplies pick a little bit in the latter half of the level, tough respawns and unavoidable ambushes will keep Duke at an almost constant state of low health. 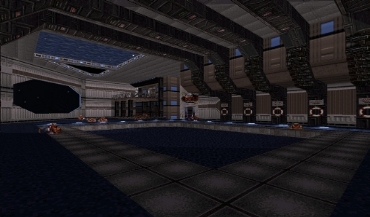 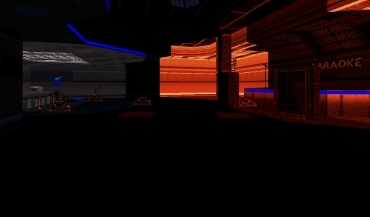 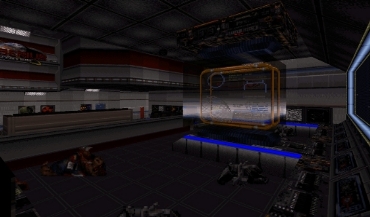 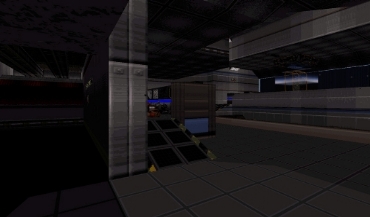