A night time city block.
Duke starts out in his apartment at the end of a downtown strip; he must navigate through a building on one side of the avenue, down through a subway station and back up to get to the roof, do a bit of hire-wire walking to get across the street, and then make his way from the roof down to the basement.
Outside this section of town looks like a mix of old well-worn brick and mortar construction with little shops, apartment buildings, and bars merging with warehouses and industrial park office buildings. Out on the road there are dumpsters, trashcans, park benches, lamp posts, and bums; the usual city stuff as well as several vehicles parked haphazardly up and down the center of the lane creating barriers, but it's still quite open and easy to get around.
Polymer lights are generously used, but not over done so some very dark corners are still present to hide the enemies and maybe a couple supplies. Being able to see where you're going indoors is a bit easier; while a few rooms are dark, most of the sections are lit up enough to get a good view of the entire area.

The map is well detailed with spritework and models, and the trimming is very distinct. It creates a very realistic atmosphere, but a few locations, mainly some of the hallways and stairwells, look too clean, empty, and artificial because of the HRP and polymer lighting. Also some rooms have issues with the spacing of items; while open on side, it can be cramped on the other and difficult to get around in.

Traveling through the level is not hard; the path is pretty much a straight shot until the office building is reached. Here it is more of a hub with several corridors and stairways branching off from the cafeteria. This is the only section where it's easy to get turned around in, but even so, it's only so big and you can't really get lost.
The challenge for making it to the end this level is finding all the little side rooms to get keys or throw switches to unlock doors, and maybe avoiding the trap or two. Again not too confusing, but expect to spend some time crawling through a host of short ventilation shafts.
Combat is minimally challenging depending on how many of the multitudes of secret areas are found which provide heavy doses of weapons, healing items, and other supplies.
There are a couple of fights with tough enemies in relatively close quarters, but the more difficult encounters involve fights on rooftops. There is almost no lighting up there and if you haven't found the night vision goggles you literally are taking shots in the dark. 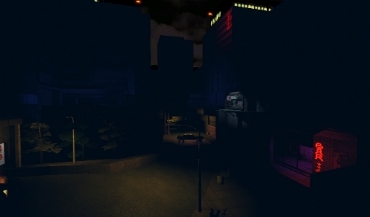 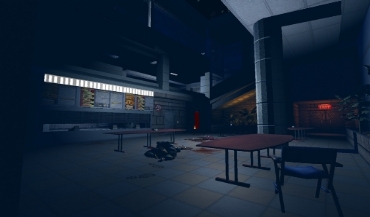 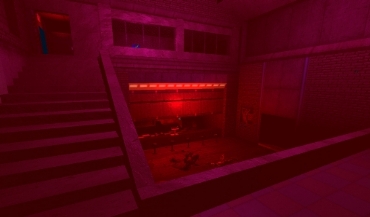 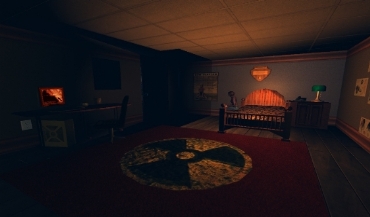 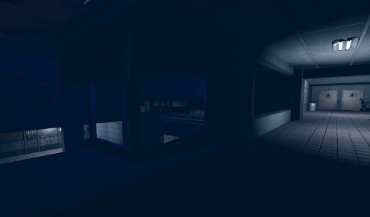 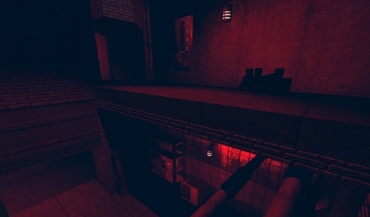