A medium sized map.
The concept is that you've been shrunk down in your own bathroom and you must defeat the enemy and find the exit.
The map is occupied by a couple dozen enemy or so and the weaponry, ammo, and health are more than adequate to handle them all. There's a lack of shading (even my bathroom isn't that bright in all the corners), and the layout is boxy and simple (like most bathrooms I've been in), not much in the way of detailing (If it wasn't for my woman the only things that'd be in my bathroom are the tub, the sink, and the crapper).

Game play is fairly easy and linear and there's not much in the way of secrets or surprises.
It's a great concept but maybe it could have been expanded on (mouse holes to other rooms possibly?). 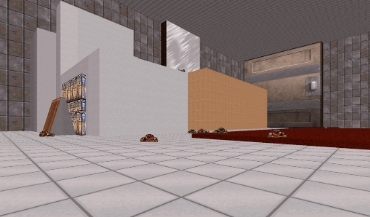 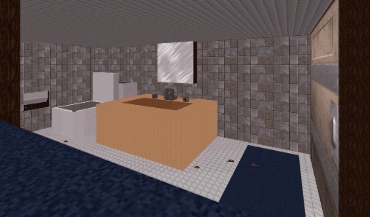 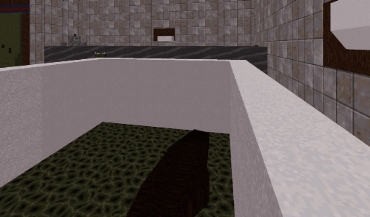 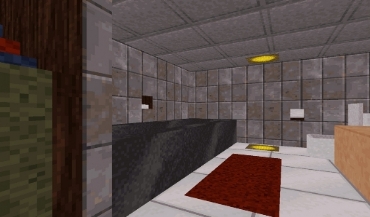 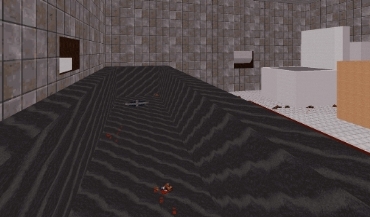 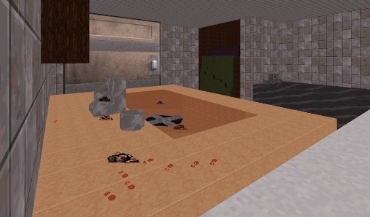