This map was initially ment to be an airplane level but the author changed it to a space level.
Duke is on some sort of launch facility looking for a space vessel to steal ...(!)
He just have to get rid of those alien bastards that are protecting the space ship.
Design is nice and clean with not much to complain about.
Texturing are good for the most part except from a few mistakes like concrete textures on a vessel...and the trimming is well carried out. Too bad that the lighting and shading are very weak...
Duke picks up weapons and power ups as he proceed. Having said that; the resistance isn't very hard so this level is easy to pass even without the RPG and devastator weapon.
Some 10 minutes of fun stealing a space vessel. 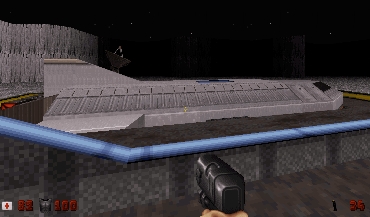 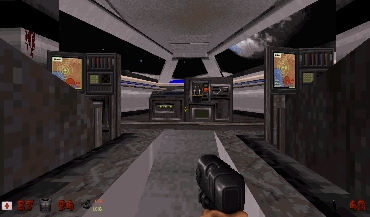 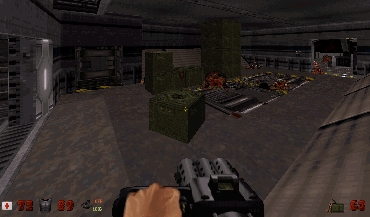 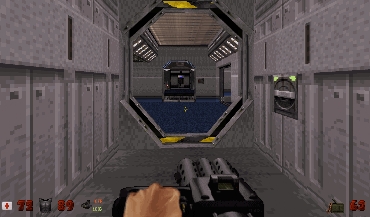