An ancient map that has various influences from Star Wars -movies, Shuttle Escape is just what the title says: trying escape in the shuttle, Imperial shuttle to be exact.
You don't get any clues how did you get aboard the ship you must escape, (even the author doesn't know the reason for this), but it doesn't matter - all you need is a shitload of arsenal & recipe for fun is ready for you.

In short, the map is bit insipid & unbalanced, especially in terms of visual presentation for the most part. There are corridors after corridors & texture choices are debatable, looking out of place at times.
Then there's the lighting & trimwork. They both are almost completely missing, sometimes look even bad & nail part of the fun you'd experience playing the map. Such a pity. But, fortunately, the gameplay is well above average, if not even great.
You face tons of bad guys, from Assault Troopers to Commanders, but there are no bigger guys to fight against. There could've been good reason to add tougher enemies, because map also happens to suffer from oversizing issues. Yes, the map is completely oversized, except in the cell section, which happens to be from reference resource, Star Wars -movies. It's great that there is space to move, but the completely opposite effect is neither a good thing. Now map feels rookie.

Oh, and speaking of references to Star Wars, there are many locations & things that are like straight from the movie. You can see that the author has really put more effort to references to be familiar and good-looking. There are loading places, Imperial ships, control bridge, even Millenium Falcon makes it's appearance (in one of the secret places, you'd better find it).
These references might be the best feature of this level, creating Star Wars-like atmosphere. However, this atmosphere is ruined by dull visual presentation in not-so-referenced areas. It feels like the author has sticked to Star Wars things like ship designs & recreation of familiar locations and rushed everything else, like those already mentioned corridors.

Shuttle Escape is bit unbalanced pack: while gameplay & references make it good, visual look of the map for the map just doesn't work, leaving bit lackluster feel after a playthrough. But just for references to Star Wars -movies only it is well worth trying.
"What are you waiting for, Christmas?". 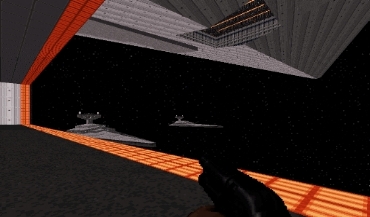 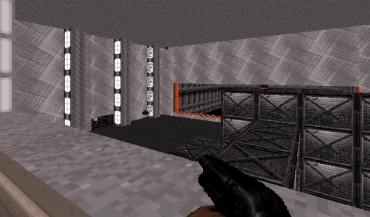 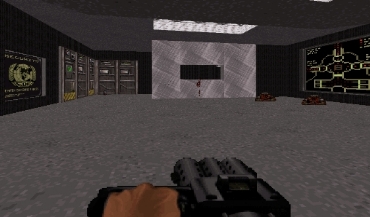 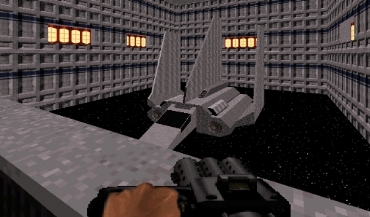 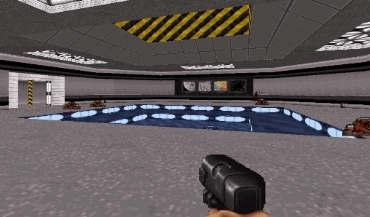 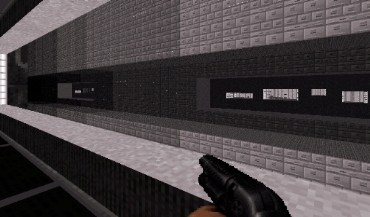