A medium sized key and switch puzzle map. There is no one set theme that is consistently presented in this level. Environments change back and forth from such locations as high-tech base, urban, alien base, city streets, and alien infestation.
Level design is very solid with good trimming, strong shading, and a nice mix of texture choices. The architecture and detailing are simple, but adequate. The layout is linear and easy to follow, and the transition from one area to the next is performed rather smoothly.

Its combat from the word go. Just about every switch and key lock will spawn several more aliens to blast away at, but never in the cheap, right behind your back method.
Weapon selection is very limited, but there's ammo aplenty and health kits placed at proper intervals to keep the player at a decent, survivable range.
The end battle can be a bit of a challenge with its damaging floor and nowhere to take cover, but it's not unfair. 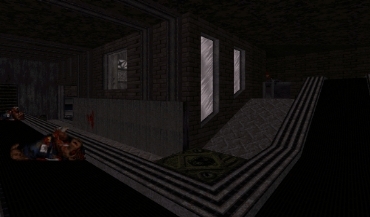 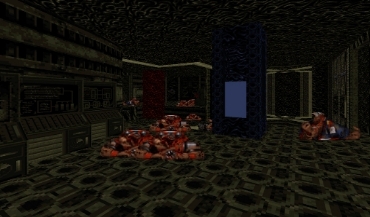 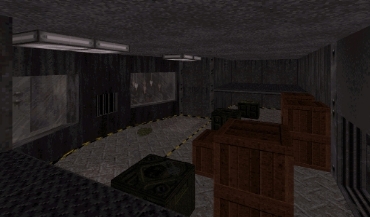 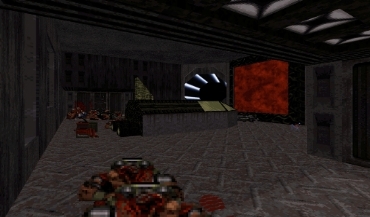 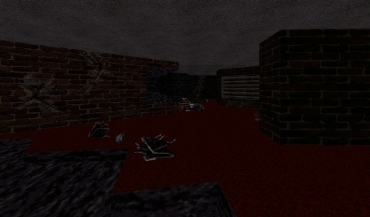 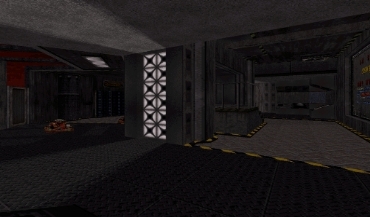