A city block map with a short waterfront pier and a few typical minor indoor locations like a bar, a hotel lobby, an office building, and a burning apartment complex hallway.
Most of the action takes place at water level, or on the streets and in alleyways, with a small rooftop to hang out on so all the aliens can get a good shot at you.
Construction is basic so don't expect a bunch of eye candy or complex architecture, but other than a few glitchy spots it's pretty solid.
Good trimwork and just enough detailing and spritework keep it from appearing blocky and plain, plus the dim and gloomy atmosphere combined with the multiple winding streets and alleyways successfully masks how simple the map truly is.

Gameplay is mainly survival.
There are droves of aliens swarming the map, the player starts out with no weapons and already under fire. The enemies aren't just slung haphazardly around the map but are hanging out at key junctures and come in a variety of combinations to make most combat scenarios a bit unique.
Key cards are implemented, but these are mainly to make the player fight back across the map against newly spawned hordes more than just to unlock something.
Supplies and weapons are plentiful, but sprinkled liberally around the playing field and must be hunted down. There's more than enough to get by on, but it usually consists of a small stash; a weapon, a couple +10 healing kits, one or two items of ammo, and it must be reached to be taken advantage of.
One of the rare maps that you'll be happy to find a single clip of pistol ammo.
After all this the ending is a bit of a disappointment, the fight is well set up, but by this time the player is over-supplied with artillery and rounds which dramatically reduces the intensity. 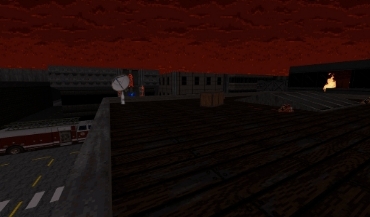 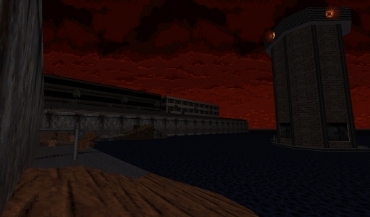 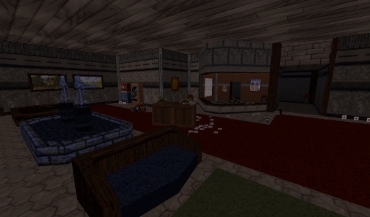 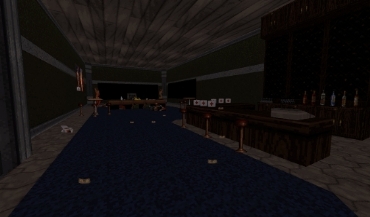