Slaughter House 2 is, by the author "Akimbo's" own words, an ancient/medieval-themed map, the first in a trilogy, with some pretty damn impressive visuals considering the fact that it was released way back in December of '96, roughly a year after the release of the original game itself. Some might be put off due to this fact but as aforementioned the map is actually quite the visual achievement. If you'd look back at the majority of maps released back then you'd mostly find an plethora of ugly, uninspired masses of ugliness and dreadfulness much in vein of Duke!ZONE and its abominations of shovelware cousins.

Apart from its visual treat Slaughter House 2 is also fairly big so most newcomers could probably run through it from start to finish in a little less of half an hour, that is if you'd occasionally get stuck as so very much occurred during my playthrough. And that was definitely one problem I had; you'd find a switch and hit it but no indication of what it unlocked or opened up. Since there's no accompanied view-screen indicating what you just did you have to pretty much rely on either your memory trying to remember that locked door you stumbled upon a minute ago or do what most of players do when they get stuck: run around until you find it! Unfortunately this occurs all too often so if you're that type of player with a lack of patience you might want to take this into consideration.

Additionally there are some other issues regarding the texture work of a few areas most notably certain doors, specifically the locked doors. For an example one door use a texture that makes it look like a bunch of wooden crates stacked upon each other which may delude players into thinking that it's a blocked wall and not a door and thus increasing the frustration when they can't find the correct way. There are a few other odd texture choices throughout the map as well but the doors are what's most notable.

Unrelated to the above issues but nonetheless important was also a very notable lack of ambient sounds. Apart from the exceptionally dull DETHTOLL surprisingly silent apart from a few completely unnecessary staged sound effects and water fountains.

Despite these issues it's still a good map, no doubt about it. There are many sections in the map in which you can tell the author spent time and effort into most notably the shading and architecture. Areas are quite vast in scale without looking all too similar. During one point later into the map you come across a large maze in which you must navigate in order to find a switch to unlock a door. It actually works in a general sense and isn't as frivolous as it may sound while it fits pretty well into the medieval-theme of the map. Furthermore the shading is excellent and while the texture work is lacking in a few areas, i.e. unaligned textures are very abundant, it's not too much of an issue as the shading mostly make up for it.

As the rather literal name implies it is most definitely one big slaughter house with more than 200 enemies waiting for the inevitable death by Duke Nukem himself. Is it good then? Well, yes... more or less. Apart from the running-around-aimlessly there's not one single dull moment in this map. With monster hiding behind corners and walls you'd think it to be incredible difficult but no, actually, since there is an insane abundance of munitions and health packs lying about everywhere the difficulty never reaches any significant height so you're pretty much left blowing away monster with the standard shotgun/ripper/RPG combination. But is that a bad thing then? No, not really, it's still very fun mostly due to that the map has a high level of enemy diversity. It doesn't just rely on heaps of Enforcers but also Pig Cops, Troopers and Octabrains.

The only issue I had with the gameplay was that the final battle was set up kinda odd; you fight two bosses at the same time but you can actually lead both of them out of the chamber, get them stuck in a hole and venture on scavenging the chamber with ease. Due to this the battle is stupidly easy and anticlimactic.

Despite some annoying and rather unforgiving aspects this map is still a good romp through the early years of Duke Nukem 3D. If you like blasting away alien scums and can look past a lack of guidance this map is definitely worth a try. 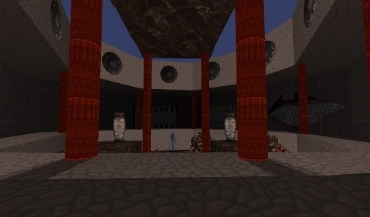 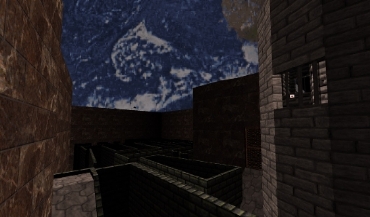 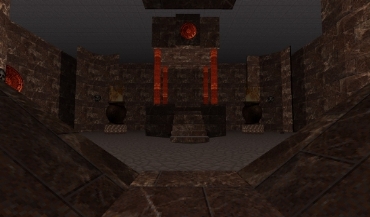 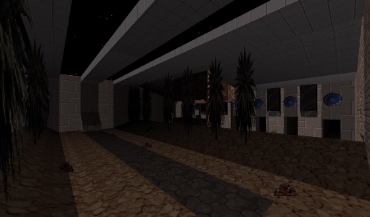 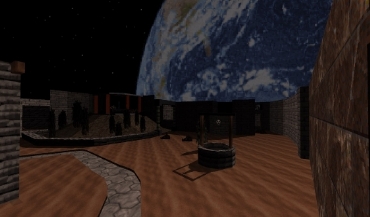 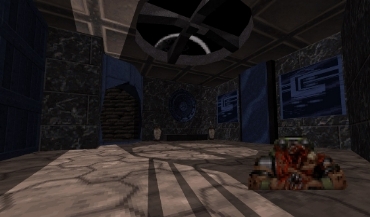