A derelict section of a city similar to a run down and abandoned warehouse or factory district that's turned into a hideout for gangs, drug addicts, and aliens.
It's a good representation of a dirty, dingy and rusty old section of a city. Make sure you have your tetanus shot before crawling around in this nasty environment.
The texture combinations and pallete usage are solid and well implemented. Architecture and detailing are applied to take advantage of making structure stand out in their environment.
The only thing missing is some strong lighting and shading contrasts that really would have added to the ambiance.
The floorplan, when played out, loops back onto itself several different instances so it's like going in a circle a few times down different paths, but they all end up back at the same alley.

Game play is a card hunt.
Go down one loop and emerge in an alley near the point of departure, use a key and do it again.
Combat is very well balanced; the player is doled out health and weapon upgrades in increments to match evenly with the increase in the difficulty of the enemy engagements.
Though there are several instances of behind the back spawns and hidden wall panels opening to reveal aliens which might catch the player off guard a couple times; with the decent spread of supplies it shouldn't too hard to recover. 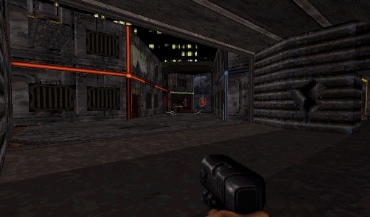 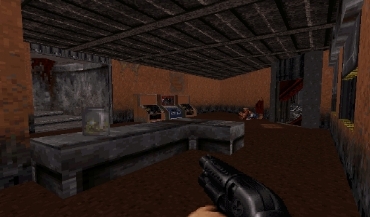 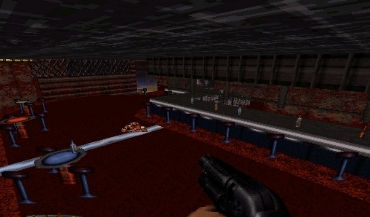 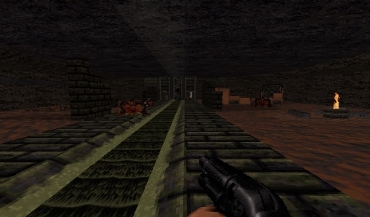 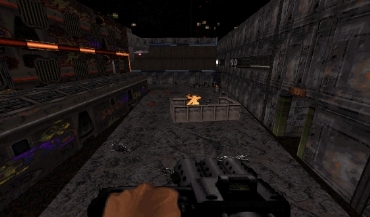 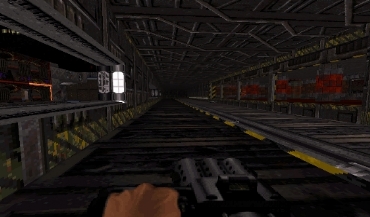