The Slums of L.A. starts you off in a cold freezer with nothing but your trusty pistol. After exiting, you're in a familiar location; DukeBurger.
Boucher has done a marvelous job capturing the feel of the joint, it puts you back in mind of the DukeBurger level, while still having it's own flair and originality.
Jumping through the front window of the establishment, those that have played the Playstation port of Duke Nukem 3D should start to feel more familiar with this level.
Boucher was obviously influenced by the exclusive level, Duke Royale, and he has done a great job making that level his own.

The secrets aren't so well hidden that you can't figure them out, but they reward you for exploring the level.
The design is crisp and clean, about what you'd expect for a top of the line map circa 1999. It's designed well, it keeps a good consistency as not to break it's atmosphere.
When you get to the gas station, you'll see one of the most well designed vehicles from this time period, which rivals even those by Pascal Rouaud, all with vanilla textures to boot.
The gun store has some decently designed guns, and is exemplary of the author's attention to detail. This was before we had the tiny Mapster grids we have now.

The strip club is well designed, and makes good use of all the game's babes. Though, I definitely think it could have used some of the bar music. However, the strip club holds an anti-climatic ending. You simply go on the roof and board a spaceship, and game over.
This is a great map and my only beef with it is that it was much too short. There was no boss fight, and this presents a problem of the map being TOO EASY. I ended the map with 180 health, all kills, and all secrets.
The map could have benefited from a major brawl in the streets, I had nearly every weapon in the game with more than full ammo and more health than I knew what to do with.

Overall, it's a fun short map, but I feel it could have used a few more days worth of work to make it memorable, and exemplary of it's time period.
It's worth playing, but Olivier Boucher's magnum opus would be his next map. 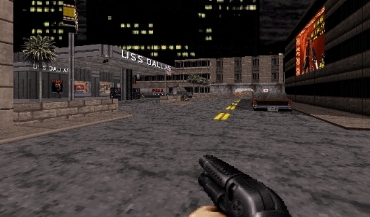 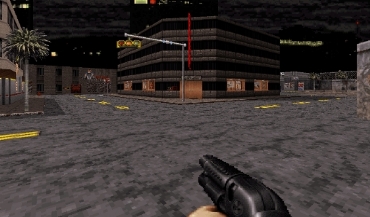 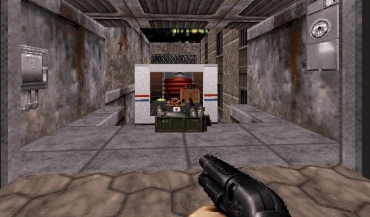 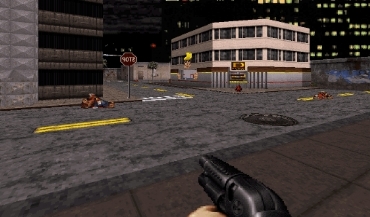 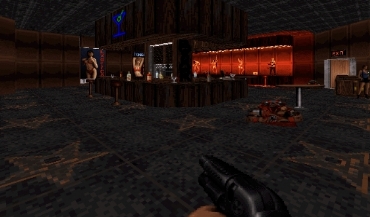 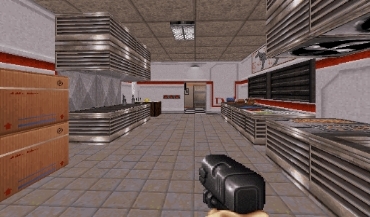