Duke once again finds himself on a space station overrun by those alien maggots. He must clinse out the station, shut down the reactor, kill the bosses and run for the escape pod.
Design is a huge, and I mean huge, space station. Took me more than a hour to complete (bet some of ya is faster than me though...). Expect some backtracking...
Lots of squared rooms in which are pretty empty. Resting areas, cinema, control rooms, underground areas and much more. Some areas are actually well made while some are pretty plain.
Texturing is okay for the most part.
Lighting / shading is weak. But there are some cool lighting effects present.
All weapons is achieved along the way and there is plenty of ammo and health kits, But you're gonna need it: the level is brimmed with hostile aliens! 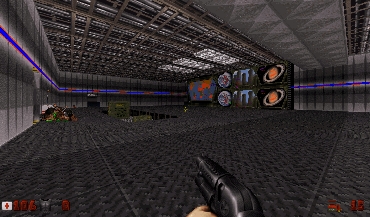 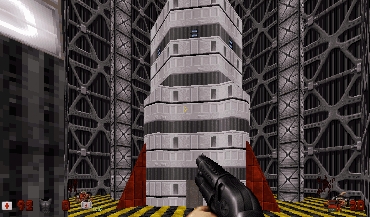 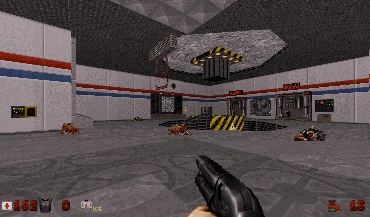 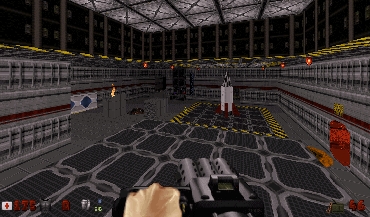 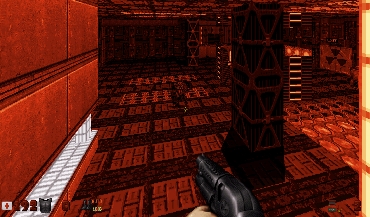 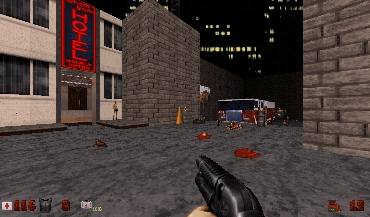