Visually the map isn't all that impressive. Big walls of texture with no trim work or detailing, almost no shading, and some over-sizing. The payoff is the layout and combat.
The floor plan spans back and forth across a central chasm at varying elevations. It passes through control rooms, communication centers, a space shuttle hanger, various caverns, caves and channels cut into moon rock.
Duke is armed with multiple weapons and a fair amount of ammunition to face off against a variety of aliens. The challenge is the scarcity of healing items. There's enough to get through if managed properly.
More fun than a vacuum cleaner. 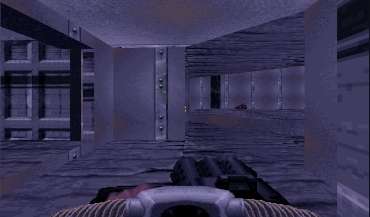 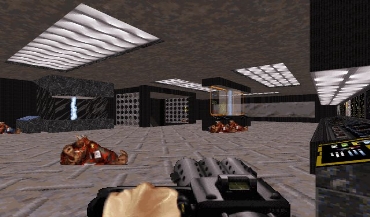 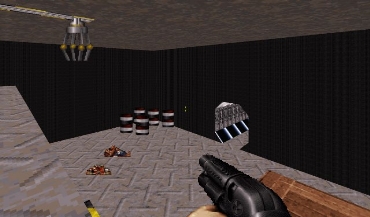 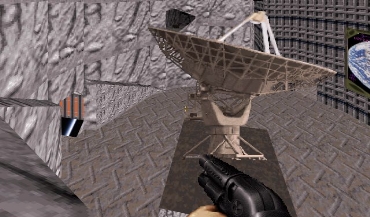 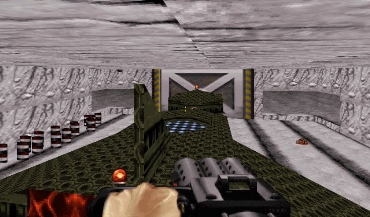 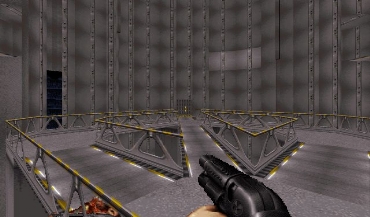