A 2 level mini-episode with non-vanilla features such as gravity effects and using a space suit.

The aliens have taken over a space station to use its communication relays.
Duke runs 'em out of town and chases them down to a lunar mining facility where he must destroy the generators then make it to the escape shuttle.

The maps are pretty straight forward in their design. The layout is fairly linear with only a few minor inconveniences.
In the first map, it's not obvious that when red card becomes accessible, but the map is small and it's not out of the way.
In the second map, you may have to ride a set of elevators a few times if you take them in the wrong order.
Shading looked good in software mode, but caused alot of sprite clipping issues. The opposite is true of 32 bit, so choose your poison.
Construction is mostly simple but functional; all the elements are there, but at basic levels. The additional features were neat, and there's potential to exploit the gravity effects.

Game play mainly consists of key card hunting, and activating something to blow up some other thing.
There is a six button puzzle that should have been given a clue to solve, but its solution is of a basic pattern.
Timing can become an issue in the second level. If you move too fast or too slow after setting off the destruction sequence, depending on which part of the map you're in, you're going to get blown up.
The last fight before reaching the shuttle was rather annoying due to the restricted environment.
The rest of the combat was set up fairly well; little clusters of mixed baddies located at even intervals to keep the action consistent.
There's plenty of health, a limited arsenal with a limited ammo supply, but enough to handle most situations. 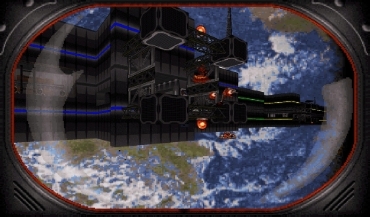 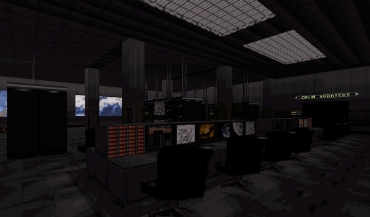 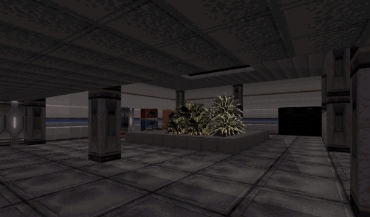 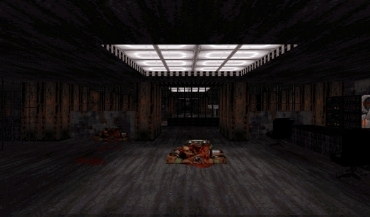 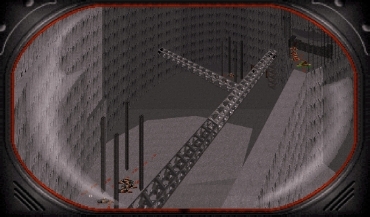 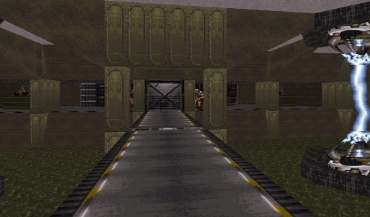