Hands in the air everybody that has read the Build FAQ's by Jonah Bishop!
He also made DN3D maps for our pleasure.

This time Duke is back in space. On a remote moon port to be exact. Some hazardous materials are leaking into a lake and Duke is the only one who can close down the circulation system.
A good map with some key cards and button combo's along the ride to the control rooms.
It's not a surprise that this author has pulled quite a few of the effects from the book...
Good shading / lighting for the most part. Texturing is also well taken care of. Only drawback would be that the facility is multi leveled. It can be some backtracking involved if you're not absolutely sure where you've been. 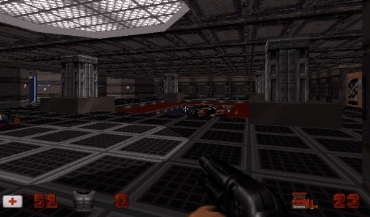 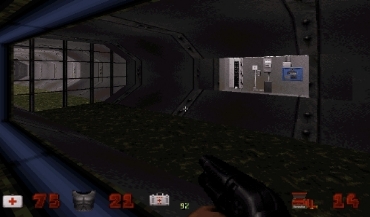 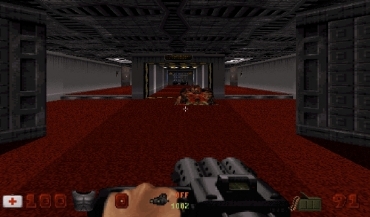 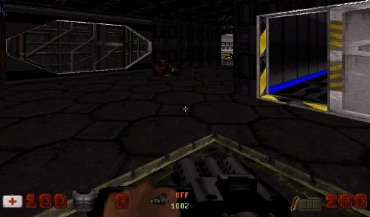 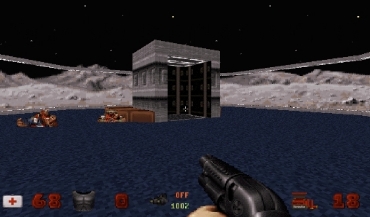 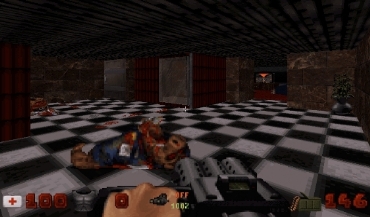