An EDF space station that's being transformed into an alien hive.

A very large, very well detailed, and very confusing level. This map is huge with a very intricate and winding floor plan. Rooms loop back into other rooms and corridors. Buttons, switches, and occasional explosions open up even more pathways that may, or may not, lead back into earlier sections of the station. Luckily, all the areas are quite distinct and unique in appearance. The architecture, texturing, shading, and detailing are top-notch.
All these great aesthetics do have a slight down-side. The premise of the level is not some key-card hunt. Instead, Duke is tasked with finding several objects required to complete a mechanism needed to set off a self-destruct sequence in addition to allowing access to the station's escape pod.
These objects can blend into the scenery if the player tries to rush through, and there's also no visual indication that Duke picked anything up. The only way of knowing if an object was successfully grabbed, other than paying close attention to where you're walking, is a small audio tone. That, or return to the parts-receptacle and attempt to place an object in one of the slots. Care when searching pays off. Back into unexplored locations during combat with discretion.
Reading the view screens is a must. Not only will you get the story of what's going on, but you'll also receive instructions on what you're supposed to be collecting, and what to do with it once you have it.
After all the objects have been found, inserted into the mechanism, and the base starts to fall apart, there's only one way out. Following the path of fresh enemy combatants helps if the direction of travel is not quite clear.
A bit of confusion can happen in the large room that's been mostly turned into a hive. This room has multiple loops, paths, and exits still accessible, but only one is the right way. It could take the player quite some time, and much circle running, before figuring out how to get out. Especially if they forgot how they left it the last time they were there.
Combat comes in waves coinciding with new areas entered, but the player should be well equipped for the majority of it. Duke starts out with the minimum and has to infiltrate the station, but that's quickly remedied and he's soon loaded with an abundant amount of firepower and healing items.
Carelessness is the worst enemy in this level, as the player can get caught off guard if they rush headlong into a horde of enemies, or if they get too focused while attempting to solve a puzzle instead of dealing with the respawns that are trying to shoot Duke in the back of the skull.
More fun than Rubik's cube. 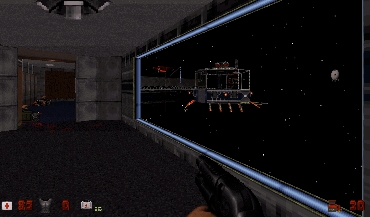 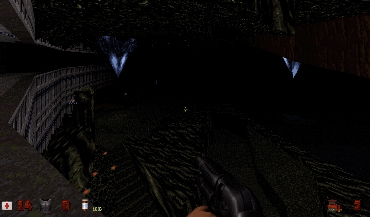 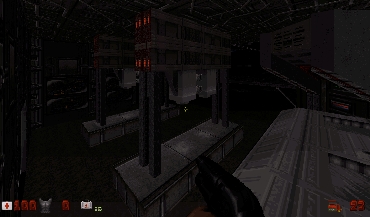 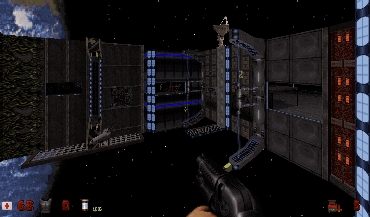 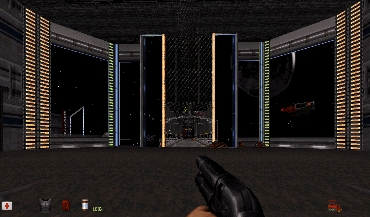