A city map with a library, a health care clinic, an internet cafe, a storage facility, some sewers, and a large street section.
It's a pretty standard level and there's nothing that really jumps out as extraordinary.
Architecture and shading are fairly basic, texturing is what would be expected, and detailing is minimal.
Sounds are also minimal and there are almost no environmental effects outside of doors, lifts, and wall cracks. Generally the atmosphere is a bit on the static side.
The layout is one big hub with a couple locked buildings on its perimeter and a locked structure located in the central block.

Game play is keys.
The player must wander around killing off the baddies in the streets while looking for that one open building. After that it's follow the linear series of rooms and corridors to find the card then get back on the street to find the appropriate lock.
The map is loaded with enemies scattered all over the place and additional respawns almost make it a need to fight for every foot gained.
Once the street is cleared and some much needed weapons and health are located it evens out a bit, but it's still pretty tough inside the structures because there's not alot of room to move around in which makes for alot of toe to toe slug outs. 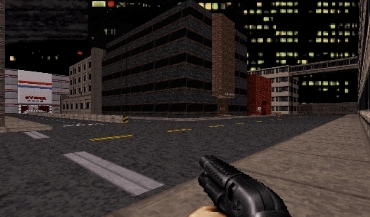 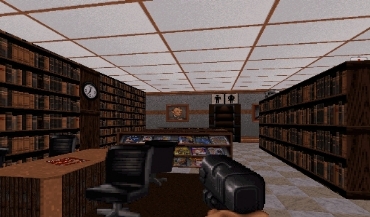 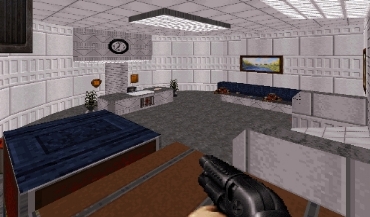 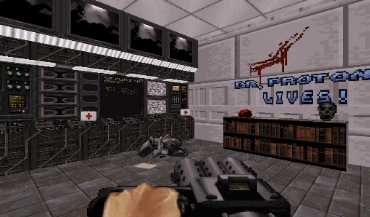 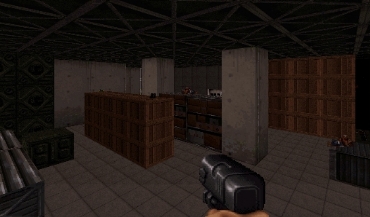 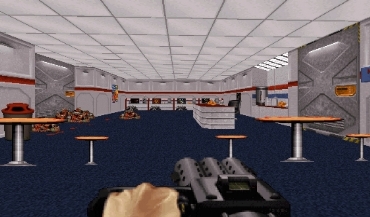