An urban map.
Duke starts out in a street next to a movie theatre, gets through that building into the next structure across an alley, which happens to be a shuttle launching facility. He then goes for a short space flight, blows up the craft's reactor so it crashes, and it just happens to land next to a small amusement park.
Aesthetically the level is pretty lacking. It has oversizing, almost no shading or trimwork, and a general shortage of detailing. For all that it still changes up the scenery enough to keep it from being too dull no matter how odd the transitions and it has explosions. Lots of explosions.

Game play is cards and switches.
It's pretty basic in its puzzles implementation since most keys and buttons are only one or two rooms away from their corresponding locked portals.
What make this map worth the time to play is the combat. There can be some pretty hectic fire fights; especially after the shuttle crash lands.
Though there's a decent variety of weapons and a fair amount of ammo, healing items can be a little stingy and thinly spread out which is where the challenge comes from. 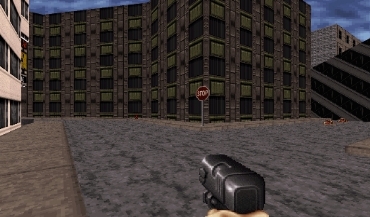 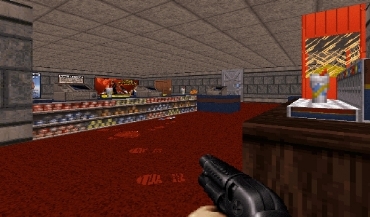 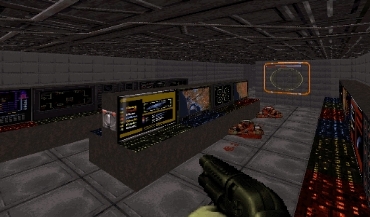 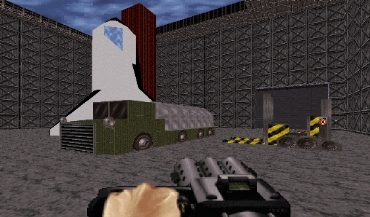 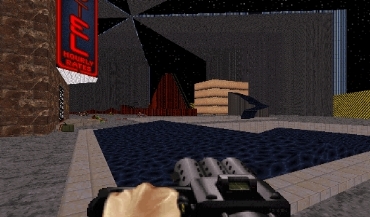 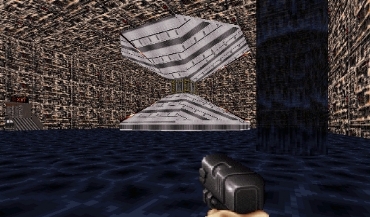