A pretty typical map of this theme. Docking bays, control rooms, crews quarters, a reactor room, and bathrooms. A lot of bathrooms.
Some rooms have rather odd designs, such as having free-standing walls in the middle of them for no reason, along with some other atypical choices in architecture and texturing. The level has a few highlights, but most of it seems a bit flat and under detailed.
Part of this impression is caused by the gameplay. It's mostly a button and switch hunting job with a few keys tossed in, but there is an inordinate amount of uneventful backtracking.
One of two things happens, a switch is thrown then all the locked doors in the base have to be checked until the open one is found, or a viewscreen is given of a section of base on the other side of the map showing something that opened. Once you get there and throw another switch a view screen shows you something that opened back on the other side of the base in or near the area that you just came from. Repeat.
It's entertaining, until all the aliens are cleared out and there are no respawns. Duke gets lonely after awhile. He has lots of toys that make noise and nobody to play with. Occasionally a new area is entered and Duke finally gets to shoot something again. That's the highlight of the level.
More fun than a one person game of hide-n-seek. 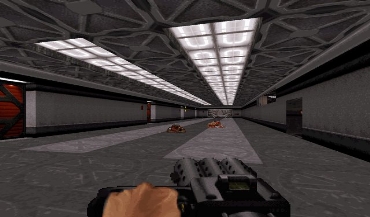 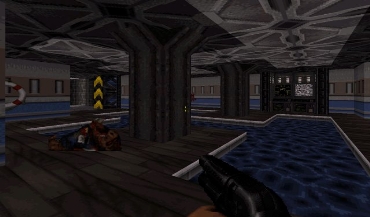 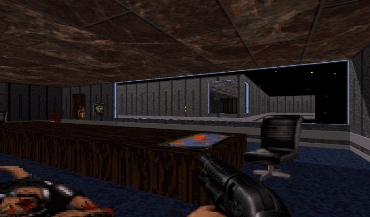 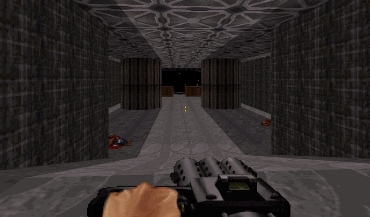 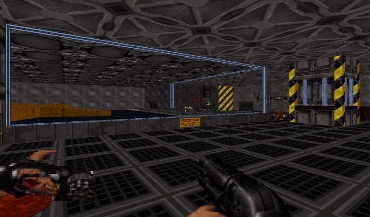 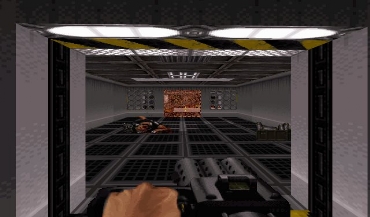