Another space base taken over by aliens.
A rather large and extensive map with a pretty solid design. Initially the map looked as if it was going to be a short and dull looking affair with nothing but fire fights against clumps of aliens. The shading, texturing, and architecture were rather run of the mill and unimpressive.
After those first few rooms, the construction and ambiance took an extreme shift to the positive. Strong shading and lighting effects along with prominent trimwork and architecture became the norm.

The game play was still based on fighting clusters of baddies, finding a couple key cards, and throwing switches.
There were a few instances when it was not obvious what to do next and caused some unnecessary delays while having to explore around.
Lots of ammunition and a decent collection of weaponry will match up evenly with the variety of aliens located and spawned with a steady consistency.
Health fluctuates from alot to almost none, but enough is provided to keep at a decent level. 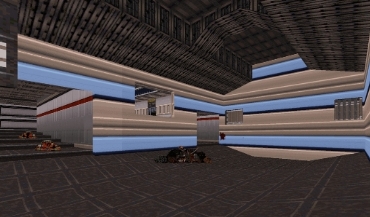 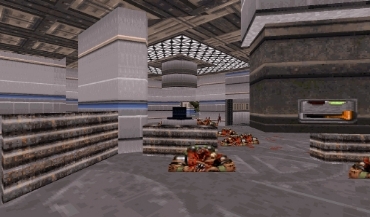 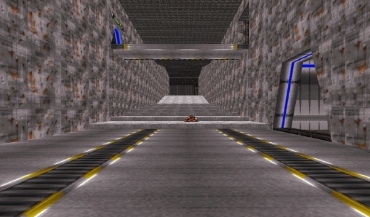 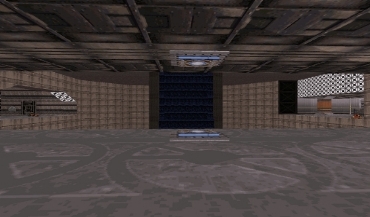 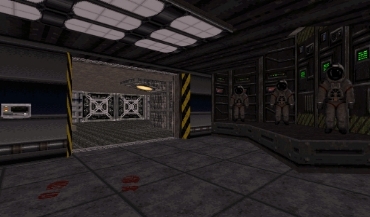 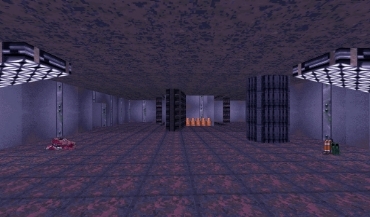