For eduke32 users, Do not run the included winsetup.exe. Extract the files from the SST_Full. DAT file with 7-Zip into your Duke3d directory.
If you are using the atomic version of Duke3d then also extract the SST_ATOM.DAT file to get the appropriate art and episode menu. Launch eduke32.exe.

A three episode TC with new enemies, weapons, sounds, art, textures, and music.
Most of the maps are architecturally fantastic with strong and prominent construction techniques, and good trimming and detailing. Nice texture combinations, strong shading techniques, and the new sounds make many of the levels very intense and atmospheric.
A few bumps may occur along the way mainly due to certain barriers that need to be blown up, but are not clearly marked.
Because to the vast amounts of structuring along cliff faces and rock outcroppings, sometimes it's not obvious that certain areas need to be climbed to find the correct path in progression.
The levels come in mainly two flavors; either a maze needs to be explored to find specific locations or they are hub styled with many braches and forks.
The latter usually involve switches and key locks.
In between most maps are outpost and base maps where the player can collect supplies, weapons, and get a mission briefing before jumping onto a shuttle to head to a new site or planet.
The variety of locations keep the game fresh; though most areas are arid desert canyons and have extensive underground hive systems, there are also military outposts, industrial facilities, human settlements, a swamp, and an ice planet.

The first episode starts out with having to escape through a maze of rooms and corridors in a space vessel that's in the process of being destroyed.
You have approximately five minutes before you go down with the ship. After that there are three levels not counting maps 3 or 5.
The third and fifth maps are return to base maps where you load up with weapons and supplies, get your mission brief, then take off in a transport craft.
The second level is after crashing in your escape pod in a series of canyons on an arid desert planet. You must climb cliffs, delve into caves, and fight off bugs until you can reach the extraction point.
The Fourth level is the investigation of a Federation base that is no longer emitting signals. This is a dive into the underground bunker below the base in an attempt to turn back on the transmitter. The place is tore apart and infested with bug holes.
The sixth level is a tropical swamp tour to locate the entrance to the main bug hive so it can be nuked from space. Too bad you piss off the meanest, baddest fire beetle in the nest. It's a rumble in the jungle.

Second episode starts in an abandoned Federation settlement.
It's eerily quiet and the atmosphere is suspenseful. There could be a bug around every corner, but when will they pop up?
The second level drops the player smack in the middle of a firefight. After battling off the bugs and grabbing supplies, it's time to clear out an underground industrial site.
After a base briefing it's on to the fourth level and the invasion of the bug's underground hive on an icy planet where many caverns need to be explored until the brainbug can be found and killed.

The third episode involves more base briefing maps interspersed between the action levels which starts with clearing out another over run outpost and rescuing some trapped soldiers. Things are quite. Too quiet.
The next mission is more narrow canyons, but the danger is two-fold as Federation fighters are making flybys and dropping bombs on your location. They have no way to tell friend from foe. Get to the caves to protect yourself from your own forces.
The episode end when you're sent down to the main hive to rescue a downed pilot and the precious cargo that was on board.
Can you survive long enough to get extracted? 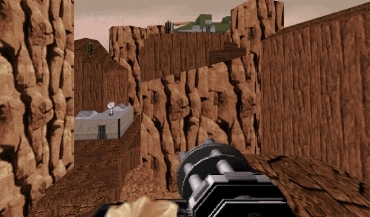 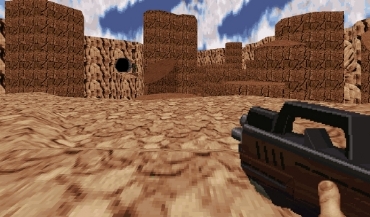 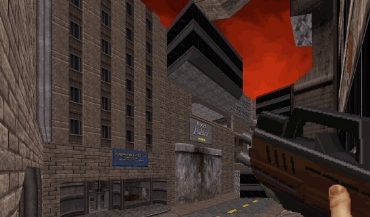 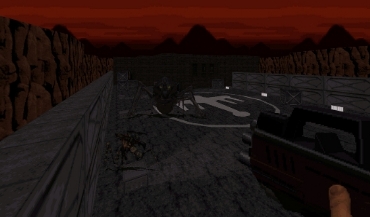 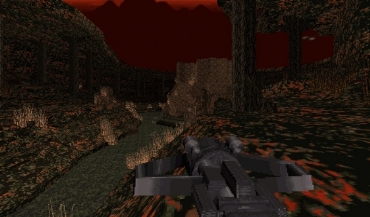 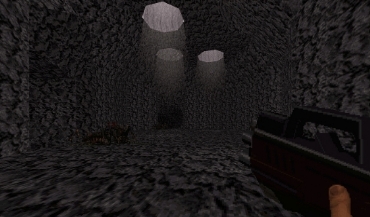