The level is broken into two major sections.
The first includes a minor sewer area and a small EDF base with a teleport portal.
The second and larger section is of a space station.
Both sections are solidly constructed, make heavy utilization of lighting effects, and have strong shading. Texturing is well done, but the selection is pretty standard for those types of locations. Detailing and architectural trimming is sporadic; some areas are excellent while others feel empty and unfinished.
The layout of the entire map is very open and the player can wander around where ever they please.
Both sections make use of extensive ventilation shaft systems; while not really necessary in the first part, they can be a useful shortcut in the multi-floored space station.
Technically only a couple rooms of the base and half the station needs to be explored in order to find the necessary keys and throw the proper switches to finish the level.

Game play is a key card and button hunt.
The player needs to find keys to unlock certain portals and locate switches to activate computers and reactors in order to power up the targeting computer which is used to take out the alien's battle cruiser.
The keys and switches are sitting out in the open, the challenge is finding them.
The space station is a three story maze of corridors and rooms which can get the player easily turned around.
Combat is very challenging in the first section of the map. Weapons, ammo, and health are sparsely scattered around and the aliens are swarming all over the place. Basically the player has to run around like crazy trying to find something with which to fight off the hordes.
Afterwards it's a straight shot to the teleport portal, but the player may want to delve into the rest of the ground base in order to gain a few precious supplies and recoup from the beat down before getting to the space station.
Once in orbit the player is left to their own devices to wander around the station and stumble across additional weapons, supplies, and the keys and switches. 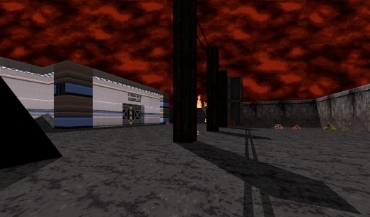 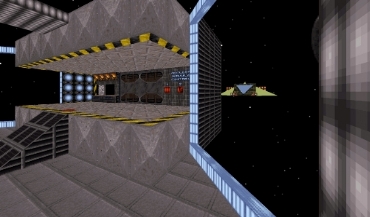 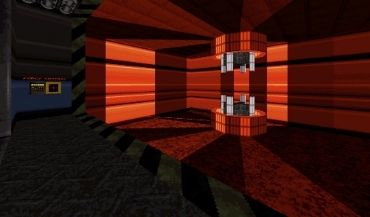 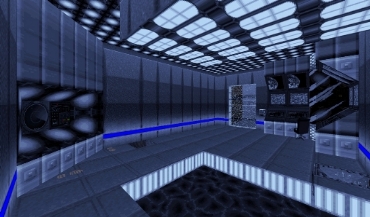 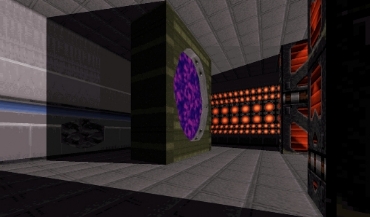 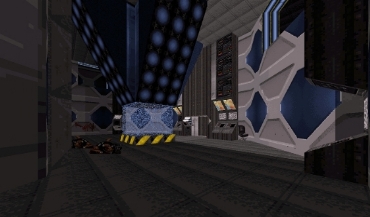