An EDF space station styled map.
In general the map has a good ambiance; there's lighting effects, sound effects, opening blast shudders, pallete changes, rotating sectors and other effects, but most of this is restricted to the bays and rooms while leaving the corridors plain, unshaded, and flat. The atmosphere keeps fluctuating between detailed and dynamic to antiseptically washed out and static. The areas that were given attention look really good; the ones neglected are on the other end of the spectrum.
The layout is broken down into three major sections; the crew's quarters and facilities along with docking bays, the reactor core section, and an area with a couple large rooms that may be some kind of air recirculation system and a conning tower.
It's pretty much a large non-linear level that allows the player to get all the way to one side of the map while never having visited the other side. Until they have to.

Game play is cards and switches.
Annoying and confusing is putting it lightly. If a map ever needed view screens, this is one of them. It's one of those levels that allow the player to wander around aimlessly pretty much the entire time. Switches on one side of the map unlock doors way on the other side of the station with no clue as to what's going on. Once the newly unlocked door is found the process repeats itself and it's almost guaranteed that whatever the player unlocks next is probably way back on the other side of the map again. After wandering around enough to find all the locked doors it's a matter of tediously walking back and forth across the map checking them all to find the open one.
Keys work the same way; the card is on one side of the map with the lock being way off in the distance. Even with constant respawns this endless walking back and forth over the same ground feels cheap and diminishes any sense of progression. Another game breaker is the jetpack. Just like everything else, where it's needed and where the jetpack is located are nearly on opposite ends of the facility. Add in the fact that the jetpack is pretty much in a secret location hidden behind some easily missed obscure wall crack and this makes the map that much more less enjoyable. Even combat isn't very challenging. Sure, the level is loaded wall to wall with all sorts of aliens and respawns, but there's so much health and fire power that Duke is hardly ever in danger. 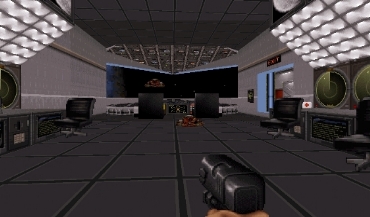 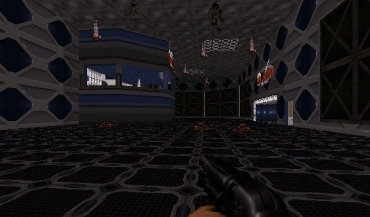 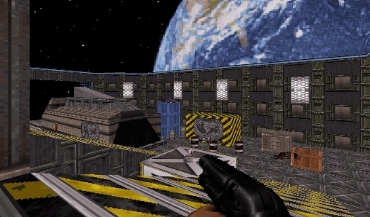 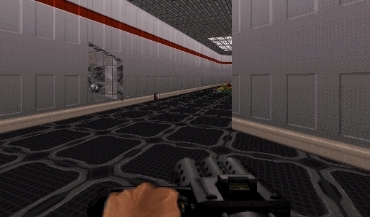 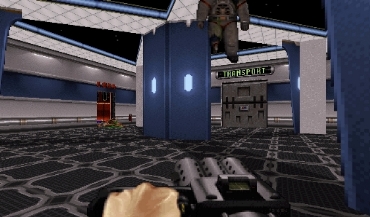 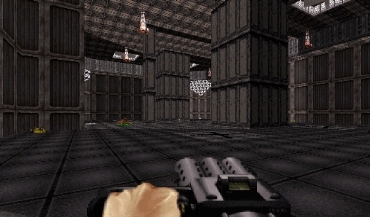