An office building styled map. Most of the action takes place indoors with a few minor outside areas like the rooftop at the beginning and the alleyway towards the end that provide the scenery some fresh air.
Most of the inside locations are fairly typical and consist of corridors, storage rooms, bathrooms, lounges, offices, lifts, and stairways.
The construction is fairly amateurish with blocky simple architecture, horrible oversizing issues, invisible walls, and no trimwork.
The player can get stuck in vents on the way to the basement because of bad SE7 techniques. Some jumping and crouching like a mad rabbit can get you unstuck.
There's also alot of sloppy texturing and wood/cement/carpet floors tagged as water. Detailing consists mainly of plastering walls with random sprites, but at least the shading is good.
The saving grace for the atmosphere is the use of weather outside and ambiant sounds inside.
The layout is fairly well done as well and consists of passageways that extend out from the main hallway where keys are collected en route and then return via another path so there's minimal amounts of back tracking.

Game play is a key card hunt. The keys and locks are in easy to find locations and the linear paths taken in the map provide for player friendly navigational methods.
The majority of the alien engagements are head on encounters where the player enters a room and clears out the two or three enemies hold up within.
There only a few weapons provided unless the player comes across the secret locations, but what's provided is more than adequate to take on any baddies they may run into.
To help things along there's way more health and ammo than could possibly be needed, so the overall challenge in the level isn't that great. 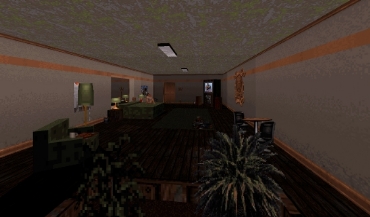 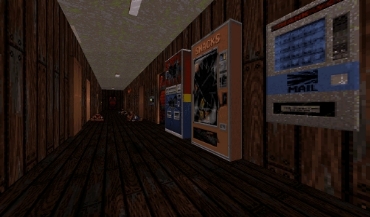 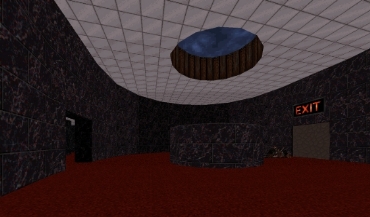 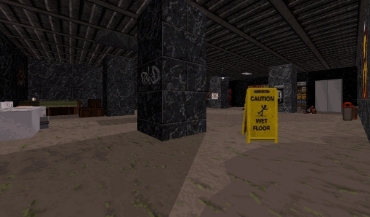 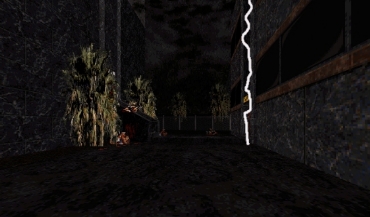 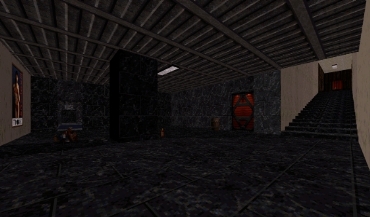