Duke is aboard a non-military styled spacecraft when it comes under attack from an alien vessel. Duke must beam aboard the alien ship, take out it's power core, then return to the EDF craft and make his way to an escape pod.
This level is incredibly difficult. Duke starts with no weapons, and what is found is pretty minimal in relation to the enemies he has to fight. Healing items are also rarely found, so there's a good chance the player will be moving through the map on the brink of death most of the time.
Everything explodes, ceilings are collapsing everywhere, walls are getting blown out of the side of the ship causing Duke to be pulled out into space and killed from exposure to vacuum. Steam is venting in several places, radiation is leaking from power sources, and there is a large pool of toxic waste that has to be crossed. Just about everything in this level is designed to harm or kill the player.
Within the first 10 seconds Duke is blown up, smashed, and has a small swarm of aliens coming at him from a breached airlock. It's quick feet and quick reaction to get out of his stateroom then crush aliens using the airlock door, or it's death and a restart. It's frustrating, but also challenging to figure out how to get through some sections. Save often.
Aesthetically the map is mostly done fairly well. Some of the alignments and shading could be better, and the moving floor textures in the vacuum sections could be remedied, but it's quite detailed; with damaged bits around every corner, and flotsam and jetsam floating out in space away from the scenes of destruction.
The path from start to finish is mostly linear. Knowing where to go and what to do is easy to identify, doing it is another matter. The one exception is in the ventilation system off the EDF bridge. It's not obvious the player has to kick out the side of it.
The end nuke button can also be a bit temperamental, but it does work.
More fun than a career as a crash-test dummy. 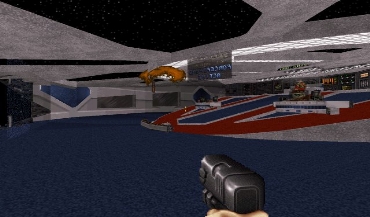 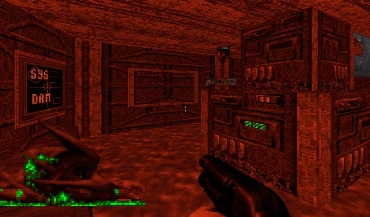 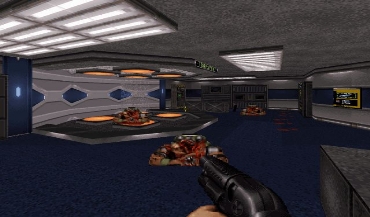 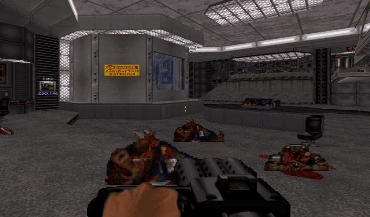 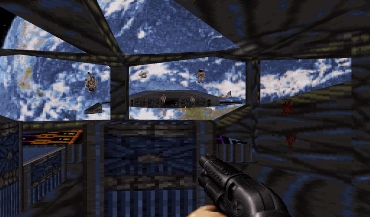 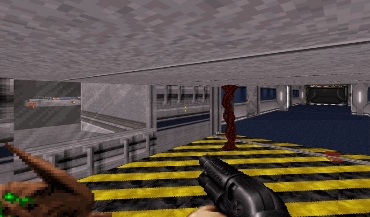