A city strip with a couple small places to go inside.
Not much detail but just enough to feel okay, the map design wasn't bad and offers some good gameplay if you can get ahold of the shotgun you can have yourself a little rampage through the pistol spammers.
Some of the rooms you can go inside were made pretty well it's kind of half and half on the details.

The street part has trashcans,benches, and dumpsters to help hide for cover. You will need to use them since this map is most likely going to be a pistol spam fest.
It's a bit hard to notice where the weapons are but by the time you find them or reach them half of your health is gone from pistols. Which would probably be different in a 1v1.
Health pick ups are kind of scarce and could use more since theres alot of pistols shooting and the spawn points don't help you by spawning in the middle of the street or on one of the ends.
It's pretty much a pistol map but at the sametime it's one of the better ones. 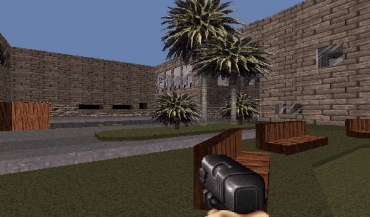 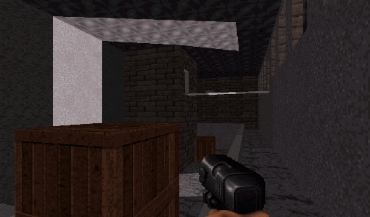 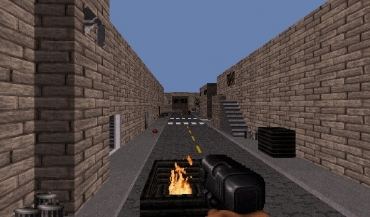 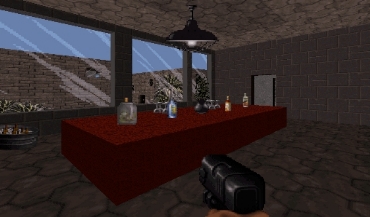 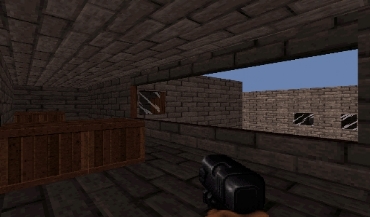 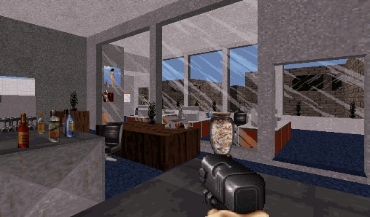