A small map set in some city blocks.
Duke has to roam the usual locations such as: A bar, office building, an Arcade, storage rooms and sewers.
Nothing much to this map besides a slaughterfest. The vermin is coming at you in numbers in addition to lots of respawns. Clinse out those aliens, find the mandatory three keycards and nuke the place.
The design is simple with some attention to lighting. Texturing is on the average with poor trimming.
There is plenty of everything so go for it! 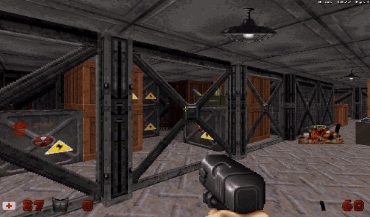 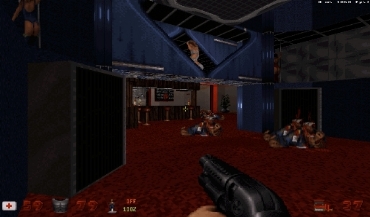 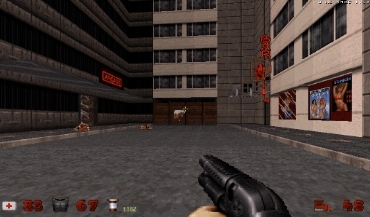 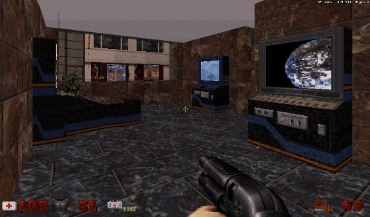 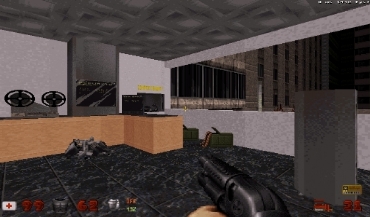 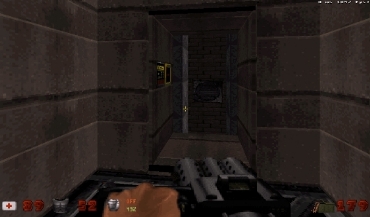