An underground EDF base styled map.
The level is very well put together with some nice sprite architecture to compliment the sector based work. Excellent texture combinations and strong shading techniques are used as the player transitions from one section to the next. It gives a real sense of progression as the scenery and atmosphere flow smoothly from one location to the next.
The only bad points are a short section of ventilation ducting that seems to unnecessarily wind around for no purpose other than to try to make the level longer and is required to traverse twice.
Also at the end of the level the apartment is very cramped with all the stuff in it which makes it difficult to move around in.

Game play involves finding keys and maybe throwing an occasional switch.
They aren't necessarily hidden, but the layout is designed in a way that makes acquiring them kind of like a side task off of what would be considered primary path junction points.
Alien encounters are fairly well balanced and weapon collection is also set up in metered out progression.
Overall a good looking and fair to play map. 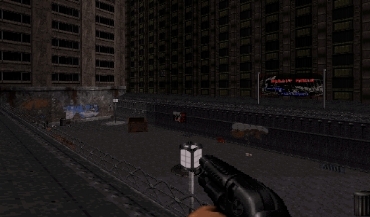 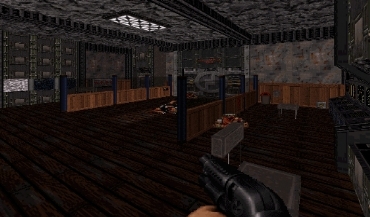 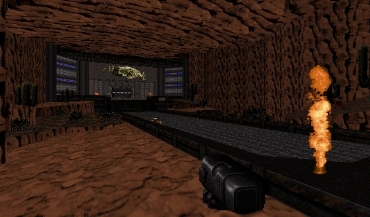 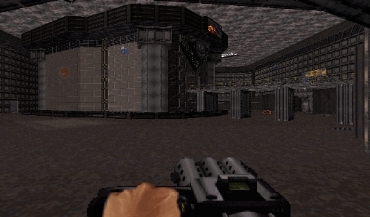 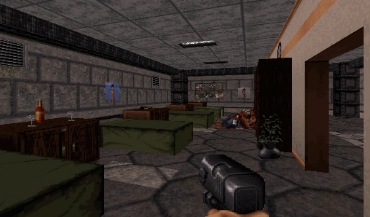 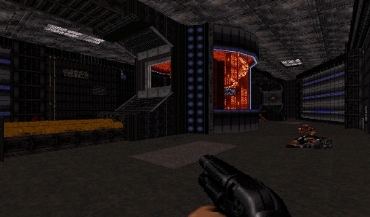