Suburbs is the title of this map but we're not sure if it is skyscrapers in suburb areas...
Anyway, this is about what you would expect from a map from back in 1997: A blue, a yellow and finally the red key card. Fight your way through a hotel, a warehose, a sewage and some vents. Design is on the average but the author has payed some attention to lighting/shading. There is plenty of weapons, ammo and health as soon as you've fond your first heavier weapon...It can be tough to fight drones and recon cars with only pipebombs. So your first mission is to find some fire arms.
This map should not take you more than 10 minutes. It's worth a shot! 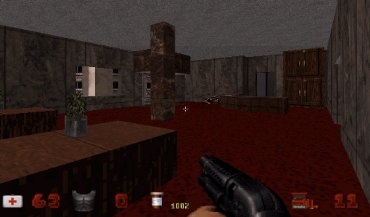 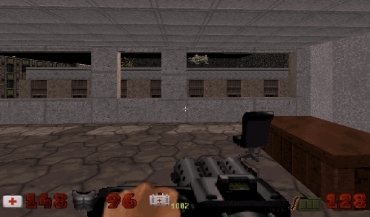 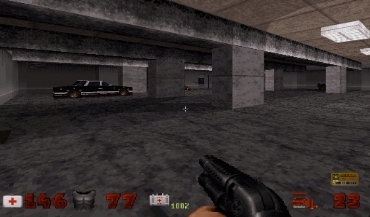 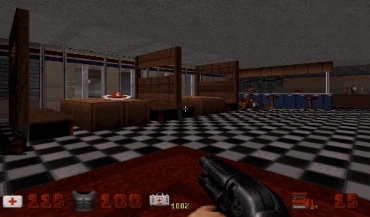 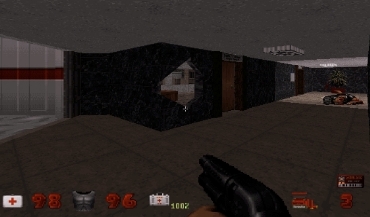 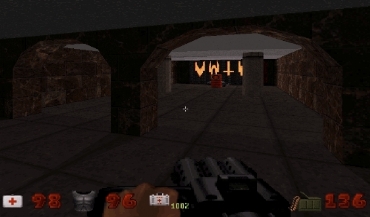