A museum styled map.
Locations include an outside of the front gate area (this museum must not get much business as this area is sealed off by cliffs), an entrance plaza where there is a ticket booth and a gift stand, some public restrooms, the museum proper which features alien artifacts that have been found on Earth, and an underwater section of an aquarium (why there's an aquarium in a museum that exhibits pieces of alien technology is a good question).
The map was made using basic construction techniques; the layout is fairly simple, and visually alot of things are oversized and not very detailed.

Game play is basically a key card hunt that requires backtracking through the plaza a couple times. There aren't any clues as to what activated when a switch is thrown, but the map is so small that it isn't hard to figure out. Combat starts out pretty even, but Duke is loaded down with weapons and health before you know it, so the challenge is minimal.
There are two options at the end; take the easy way and go to the nuke button, or if you have enough resources left over (and there shouldn't be any reason why you're not) then Duke can take on the boss. The boss fight is in a rather small room so it can be a challenging battle if you get yourself cornered. 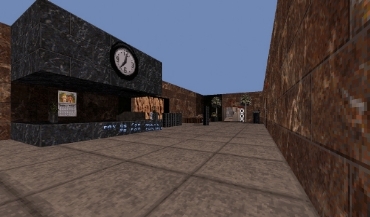 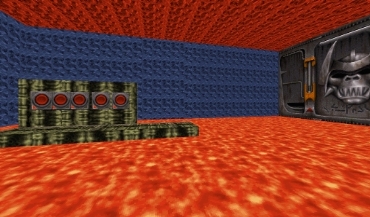 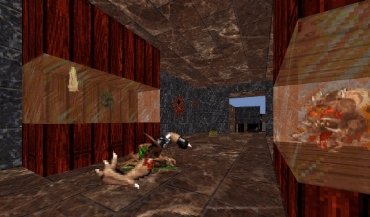 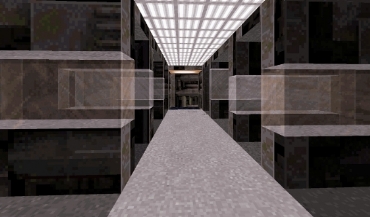 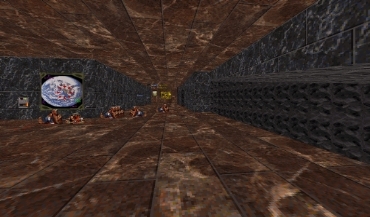 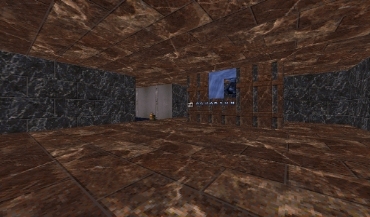