Duke starts out near a drop ship that's parked next to a snow covered base. The objective is to throw a switch to unlock the drop ship, and then make your way back to it. The nefarious aliens have, of course, located the switch on the far side of the base just to mess with you.
The complex is made up of a series of small to medium sized rooms interconnected with corridors and divided by outside areas.
The indoor areas have nice strong shading, are well textured, and are given to good trimming and sprite work.
There is some overcrowding making movement during firefights awkward, and there are some supplies jammed behind a set of shelves that are very difficult to reach.
The multiple rooms filled with the same kinds of crates do tend to get a bit redundant.
The outdoor areas give a breath of fresh air and relieve some of the claustrophobia of being in a series of steel grey rooms and passage ways. They provide nice depth and atmosphere to the map.

Game play is based on throwing a series of switches to unlock doors and progress.
After collecting a blue key there's a lull in the action as you make your way back across a sizable portion of the map that could have best been served with some respawns to keep the pace of the action alive. Other than that, there's a good mix of aliens and a couple challenging battles at strategic junctures, but the available health and ammo supplies are enough to do the trick. 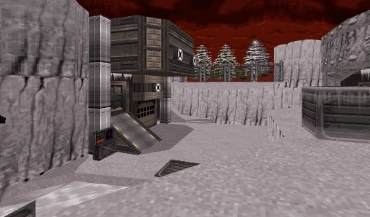 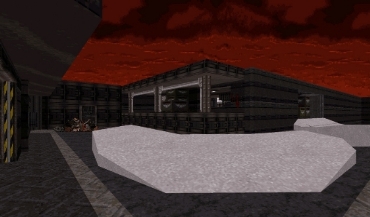 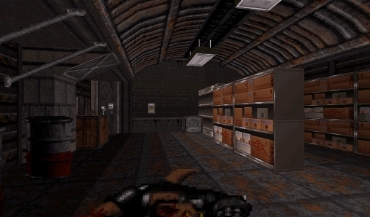 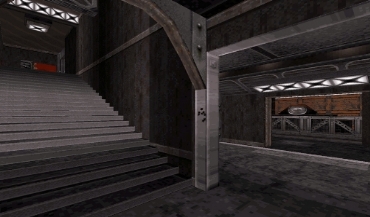 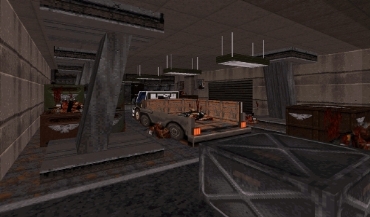 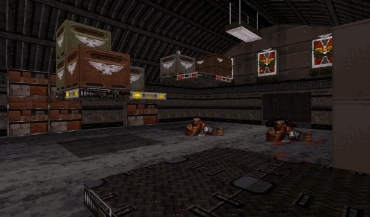