An EDF space station that's been overrun by aliens.
The original tiles014.art file is long gone. The player can opt to use the liquids art file from the author's second map as a substitute. While that art file doesn't fit the theme properly it's a better option than dealing with the distracting hall of mirrors effects that result from not using any art file at all.

The map is made of three major areas; a control room section, a recreation section, and a power generation section.
The player gets from one location to the next via teleporters.
Construction is very amateurish. Everything is over sized, the trimwork and detailing are simplistic or not present, there's absolutely no shading, and quite a few doors and lifts have no sounds.
The texturing is sloppy, misaligned, and stretched. The combinations are an eyesore and this is further ruined with horrible uses of pals.

Game play is a combination of keycard searching and switch puzzles.
Little to no clues are provided so this is a hit the button and then re-explore the entire map to find what unlocked. Some situations are very frustrating and annoying and one of the worst offenders is a switch in one section that spawns a keycard in a seemingly random under water location in a completely different section of the map.
The map is also set up for multi-player and every door has a switch only visible in that mode which essentially allows a player to go right from the start position to the exit button with hardly a speed bump to stop them.
Combat and survival are pretty tough. There's not that many aliens lumped together in one spot other than a few minor occasions, the weapon selection is limited, but adequate, there are more than enough health items though their placement is rather simple and they're mostly lumped in clusters in the first section.
The two difficulties arise from the very minimal amounts of ammo in ratio to the enemy, and that the player should walk around every corner as if there are a handful of turrets waiting in ambush. Usually because there are. Add in several insta-kill booby-traps and the player has a good reason to save often. 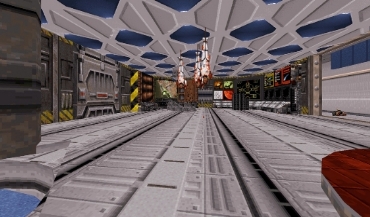 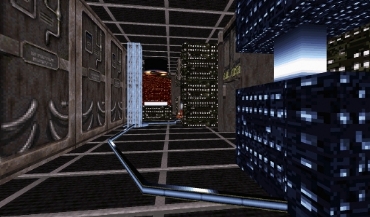 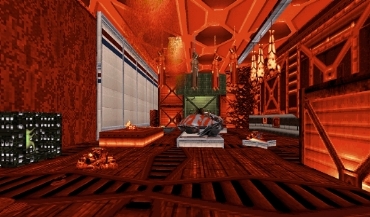 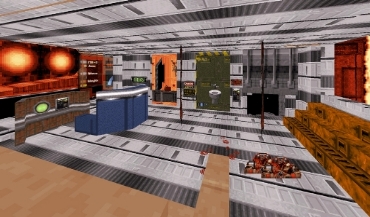 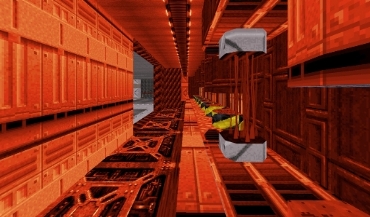 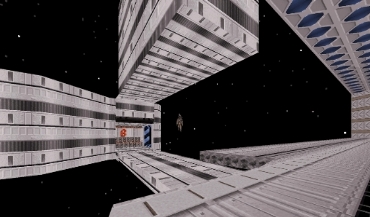