On a distant planet those stupid EDF personnel built their terraforming base on top of an alien hive, again.
The construction is very well done. The destroyed EDF base has blown up objects, collapsing walls, fire, blood, and other signs of chaos. The alien sections are full of odd architecture, glowing objects, and weird texture combinations. The strong shading and lighting and environmental effects complement the atmospheres and makes for an enjoyable visual experience.
The layout is of the hub design. The player explores out from the hub and at some point after completing the tasks of that area gets teleported back to the hub to start out on a new branch.

Game play is key card hunting and button finding.
All I can say is good luck. Keys are hidden in remote parts of the map. Locks are located in other remote sections of the map. You won't find either unless you figure out where the obscure paths are. Like holes bored into walls behind crates, and vent shafts in the floor under furniture.
There are many locked portals that are opened by switches and buttons way on the other side of the map. Buttons are hidden all over certain sections of the map and are intermingled with dead switches to add to the confusion. Of course once all the buttons have been found and you finally get that satisfying beep, you still have to figure out what unlocked.
Some of the puzzles are huge and consist of a large number of buttons. Out of some remote flicker of fairness the author put a solution to one in a fairly near section to the puzzle. In the other instance all the buttons must be found so there's no frustrating combination to figure out. There are also a couple of odd key locks that require a severed hand and an eyeball to unlock. Just like the other key and lock combinations the parts are remotely located from the lock.

Combat is minimal. There's barely any ammunition and only a few weapons available, besides some minor exceptions, there are very few aliens. Enemies are scattered very thin except in a couple rooms and the purpose of those isn't for firefights; it's to challenge the player to get in and get out before they are killed. What kills the player in this map isn't the aliens it's the environment. There are very dark tunnels that must be navigated through and of course there are pitfalls to insta-kill anyone who takes a wrong turn.
The beginning of the level is full of explosions and collapsing sections of base. If the player isn't fast enough they get insta-killed.
If the player tries to open certain locks without the proper key then security doors slam down and trap the player; no way out without restarting.
Just about every section of the alien portion of the map contains toxic or lava floors; the player is given one pair of boots to last them the entire level, so expect to die alot.
The player is given one jetpack and is expected to use it to get up ventilation shafts on several occasions; if the player uses it up they're stuck and will have to restart.
There are enough healing items to get the player through, but they have to be reached first. 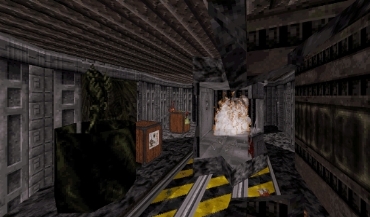 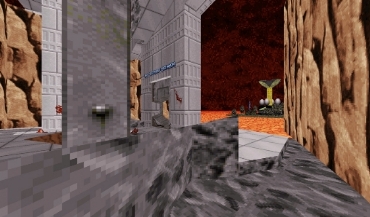 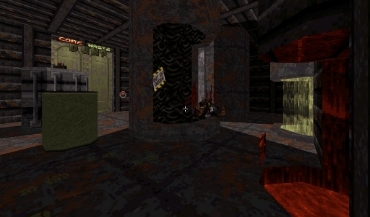 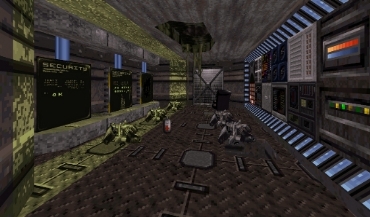 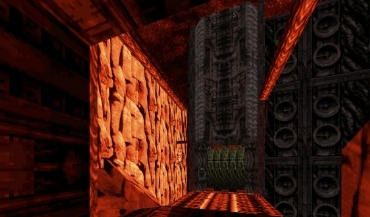 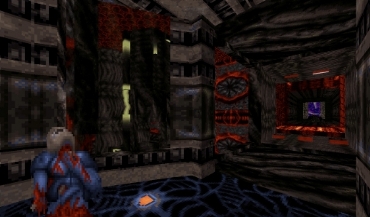